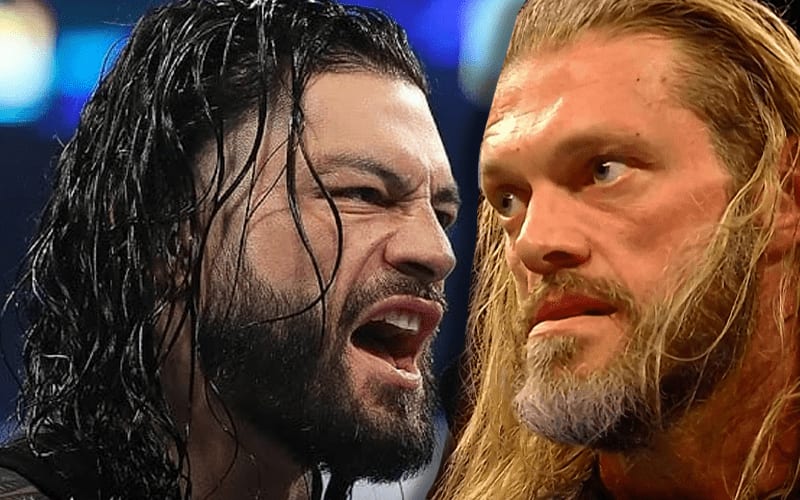 Edge returned to WWE and he already worked two matches. If his three-year contract is only for nine matches then he doesn’t have many left. One of them will be against Roman Reigns according to the Rated R Superstar.

After The Bell recently had Edge on as a guest. He was asked about who he wants to face during this run. There are so many options for him. He named Keith Lee, Tommaso Ciampa, Johnny Gargano, Adam Cole, and Velveteen Dream. Then he turned his attention to Roman Reigns.

“Reigns and I has to happen someday. There’s no way around it, it just has to. To get that little taste at the Rumble, that felt good man. That felt like we were in a pocket, we were in a zone and that was the first time we ever touched.”

The spear vs spear didn’t get to happen at WrestleMania 36 as Goldberg vs Roman Reigns was changed. Perhaps WWE will have better luck with Edge vs Roman Reigns down the line.

Who would you like to see Edge face? Should he get a title run during his return to the company? Sound off in the comments below!