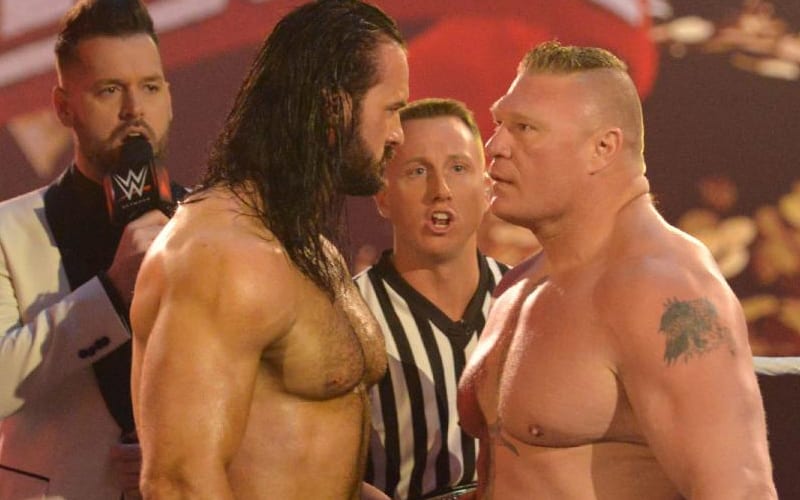 Brock Lesnar put Drew McIntyre over at WrestleMania 36 in a big way. The build to the show of shows also included The Beast Incarnate doing everything he could to make McIntyre look good.

The moment captured on WWE RAW where Brock Lesnar yelled at McIntyre to pick up his title to hold it high was not the only instance of Lesnar’s help. The Wrestling Observer Newsletter noted that McIntyre has praised Lesnar both publicly and privately for being great to work with.

Click here to read more of Drew McIntyre’s first-hand account of how well Brock Lesnar has treated him.

While speaking with Sports Illustrated, Drew McIntyre also told an older story from when he was in 3MB. Brock Lesnar apparently saw something in McIntyre back then as he asked Drew what he was doing associating himself with the enhancement stable.

“He pulled me aside, and he straight-up asked me, `Why are you involved in this?’ He was so confused, but he saw something in me and believed in me. It’s pretty crazy, all these years later, I was the guy to take the title from him at WrestleMania.”

“Brock is a man’s man. He won’t do business with you if he thinks you’re not doing the job you should be doing. Brock is a very private person, he doesn’t like people too much, but he’s all about respect. To have earned his respect means a lot.”

Drew McIntyre is on top of the world right now and plenty of people are happy for him. Heath Slater popped in during an episode of The Bump while Drew McIntyre was on and he had some great words of congratulations for his former 3MB brother. 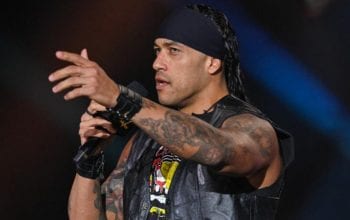