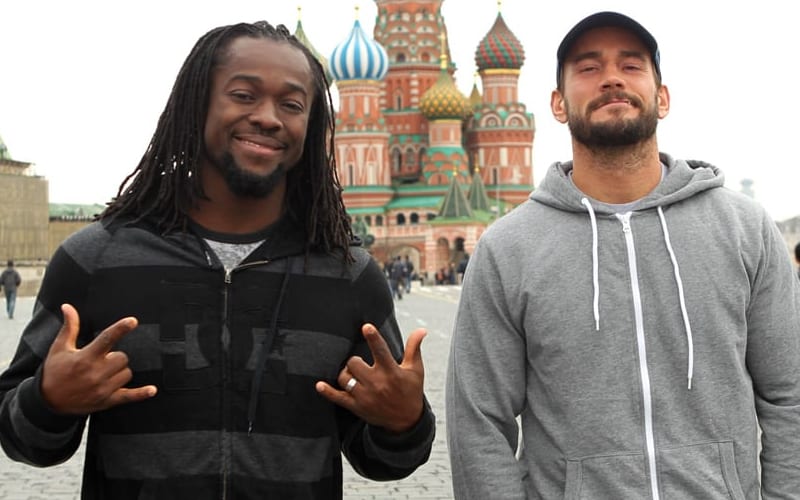 CM Punk departed from WWE in a very public fashion. That also included severing several friendships with WWE Superstars. Kofi Kingston was one person who CM Punk stopped talking to, but he understands.

Kofi Kingston recently spoke to Fightful where CM Punk came up in the conversation. They will always be brothers, and CM Punk did a lot for Kingston’s career. They don’t talk anymore.

Some people on the WWE roster were a little put off that CM Punk cut off all of his WWE friendships. Kofi Kingston will never forget the time he spend with Punk and how Punk took him under his wing.

“Punk, like you heard with a lot of people who were on the active roster, just didn’t talk to a lot of people on the roster. To me, we spent so much time together, I’ll always consider him to be one of my brothers. He’s a guy that took me under his wing when he didn’t have to. I’ll never forget the time that I was nervous getting ready for a match. I’m doing pushups to get the nerves out and I see some wrestling shoes kind of walk up and I look up and it’s Punk and he’s giving me all kinds of advice and over the years we’ve become really, really good friends.”

Kofi Kingston is happy that CM Punk is back in the WWE Fold. The Second City Savior’s role on WWE Backstage brought him back to a point where he’s talking about WWE again.

Kingston holds no resentment toward CM Punk for losing touch. He’s just happy to see that his old friend is doing well.

“You have to afford people that space to be where they feel like they need to be. That’s just part of life and personal growth and that’s what life is all about: growing. That’s just kind of where he needed to be at.

“I’ll always be grateful for the time that we had. He’ll always be my brother regardless of what happens from this point forward. I’m glad to see him get the gig with Fox and kind of be back in the fold. It seems to me that he found a sense of happiness and that’s what I want for him to be happy. So as long as he is happy and enjoying life, then I’m happy for him and I always will be.”

Kingston is grateful for the time he shared with CM Punk and everything he did for him. They might not talk anymore, but Kofi Kingston understands that everyone has their own journey in life.