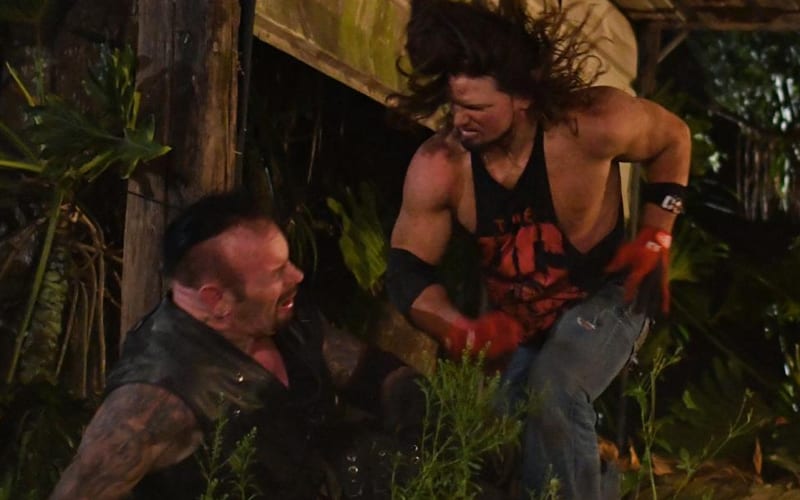 AJ Styles and The Undertaker battled in a Boneyard Match which concluded part 1 of WrestleMania 36. Since then WWE has produced a couple more matches shot in a similar style.

The Firefly Fun House Match and Johnny Gargano vs Tommaso Ciampa on WWE NXT were both shot in a cinematic way. If you ask AJ Styles, WWE needs to be careful to not overdo it.

While speaking on his Mixer stream, AJ Styles was asked about WWE holding more cinematic matches. It’s a cool concept if it’s made to be special. The Phenomenal One continued to suggest that they should be kept on an “every now and then” basis.

I think as far as cinematic matches go, I think less is more. If we do these all the time, then I think they’re not special. So we gotta watch out with how many matches we do. I think… every now and again, it’s a good thing. As great as it was, I don’t think it’s something we should do a lot because we’ll ruin it. I’m not saying the matches but, it’s special.

WWE reportedly has more cinematic matches on the way. We’ll have to see how long it takes for the company to bust out another one, but they have to do something during this time when empty arena shows are now the new normal.