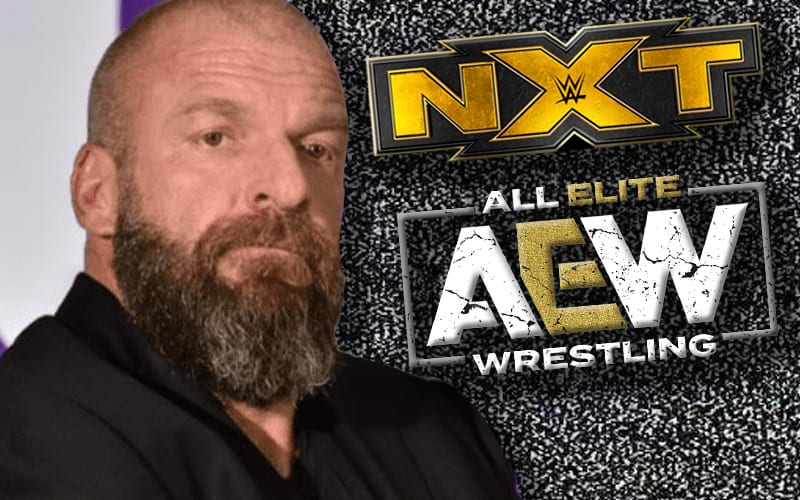 WWE NXT rushed to get on the USA Network two weeks before AEW Dynamite could debut on TNT. The Wednesday Night Wars are now heating up with empty arena shows, but both companies want to put out the best product possible.

While speaking to Sports Illustrated, Triple H was asked about NXT’s Wednesday night competition. AEW Dynamite has defeated WWE NXT for 14 weeks so far in 2020 giving them a clean sweep.

Triple H has often said that it’s a marathon and not a sprint. He isn’t concerned about the weekly ratings. He wants to remain focused on the long game.

“I’m a believer in the long-term game. You create the right product, and over time, people will find it. I think back to Monday nights years ago, and it looks different now, but there were periods of time when WWE was putting on much better shows and the content was much better, but we were still getting beat. We were not winning ‘the war,’ but we stayed true to who we were. If it’s a flash and it’s exciting at first but you can’t maintain it, then it loses that pizzazz. It’s long-term duration, for me. That’s how you win. I’ve been saying it since the beginning—I’m not concerned about those numbers week-to-week. It’s about trying to put out the best show you can every week.”

Triple H can remember the Monday Night Wars well. WWE lost to WCW for 83 weeks in a row before RAW finally won. That was the start of a back and forth battle that eventually saw WWE coming out on top.