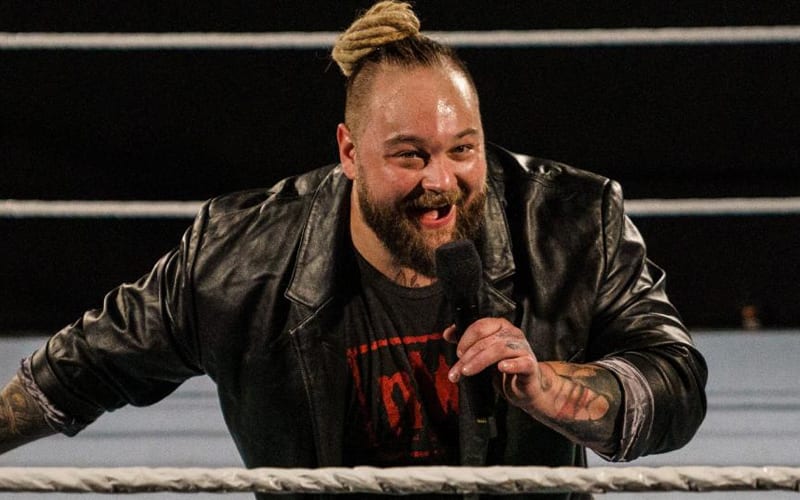 Bray Wyatt is very good with words. He can use a promo to spin a phrase’s meaning in many different ways. Sometimes it’s best to use an established quote to get your point across.

Aldous Leonard Huxley was an English writer and philosopher who passed away in 1963. He penned Brave New World among many other books that literary students still cherish to this day. Bray Wyatt has obviously read up on Aldous Huxley as well.

Bray Wyatt is coming off a big win at WrestleMania 36 where he battled John Cena in a Firefly Fun House Match that was more psychological than physical. The former WWE Universal Champion tweeted out a quote from Aldous Huxley that could both epitomize the idea behind the Firefly Fun House Match and the world’s current situation.

Maybe this world is just another planet’s hell.
Aldous Huxley

Bray Wyatt’s next opponent has not been revealed as of this writing. We can only assume that he will be waiting in his Firefly Fun House for a new rivalry to begin. The world we live in might be strange and unpredictable right now, but this quote from Huxley on behalf of Bray Wyatt could sum things up nicely.