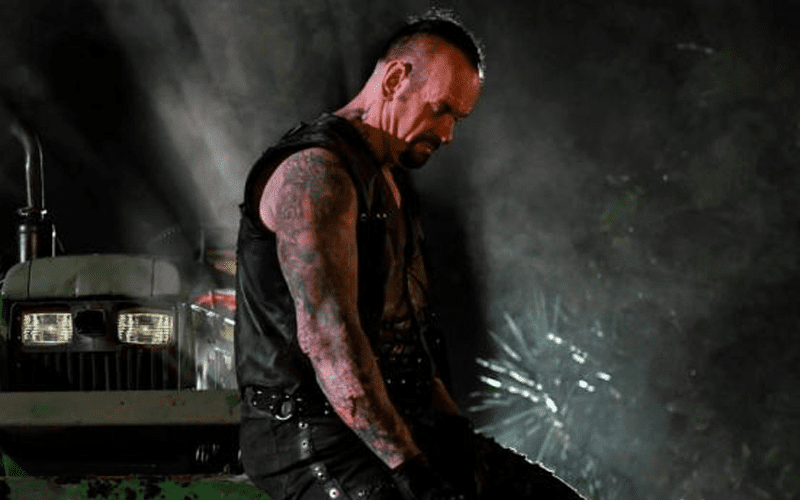 The Undertaker defeated AJ Styles in a Boneyard Match at WrestleMania 36. That cinematic match solidified a new character for The Undertaker. Plenty of fans seem to enjoy the new American Badass style and they’ll enjoy this news.

WWE made the most of the Boneyard Match. They’re selling art prints from the WrestleMania encounter right now which feature this new incarnation of the Dead Man.

Wrestle Votes reports that when The Undertaker returns he will be in the same style that we saw in the Boneyard match.

All indications from three different sources I’ve spoke to believe that whenever we see The Undertaker next, it will indeed be this new ABA style Taker from “The Boneyard” match this past Saturday.

It’s unclear when The Undertaker will be back. Odds are The Boneyard Match won’t be his last ride. When he does make a return to WWE we’re likely to see him riding on a motorcycle once again.