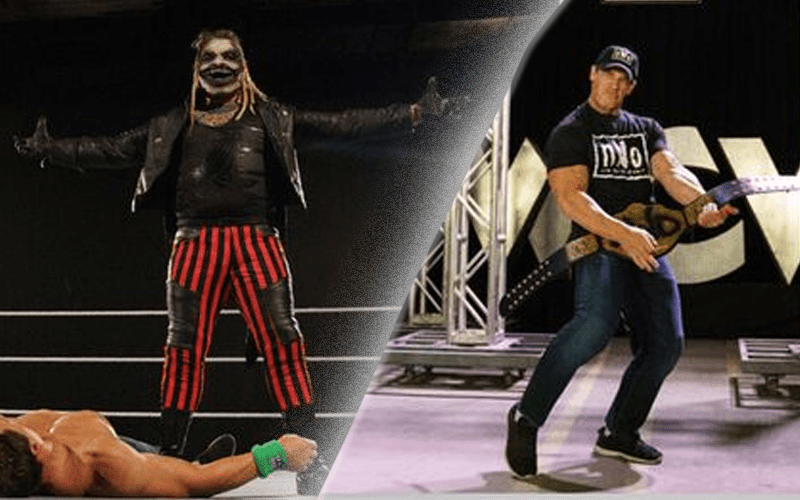 The Firefly Fun House match at WrestleMania 36 was a very interesting presentation. We’ll never know if John Cena vs Bray Wyatt would have been the same if Raymond James Stadium would have remained host of the show of shows. WWE is making the most of the match’s unique look.

These 24×36 photo posters are $25 a pop. As of this writing, WWE hasn’t made more sizes or framed versions available like they did for the Boneyard Match art.

Now fans can cover their walls with the insanity featured in the second part of WrestleMania 36.