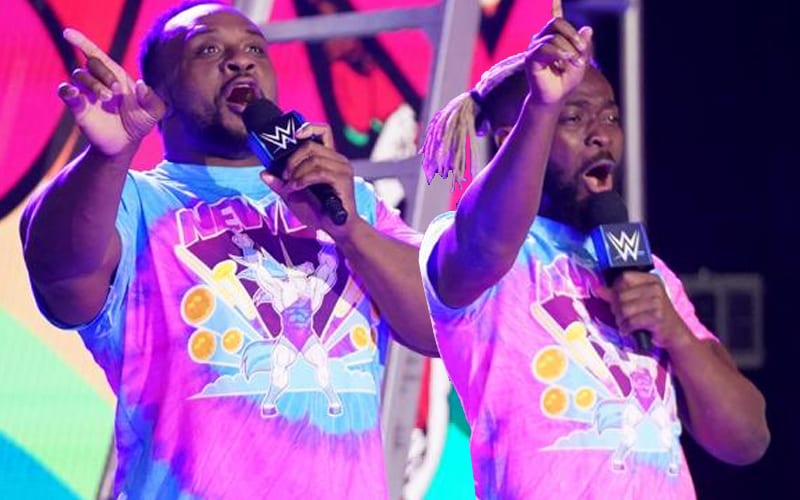 WWE was faced with some interesting obstacles that they never had to deal with before. The novel coronavirus caused a stop to holding events with fans. Since fans are such a large part of WWE programming, this created a situation with zero fans at the WWE Performance Center. Kofi Kingston doesn’t seem to mind it as much.

While speaking to Sportskeeda, Kofi Kingston explained why a zero fan environment is easier for The New Day. They’re on WWE television trying to entertain each other. This creates a different dynamic for them.

“Well It’s definitely different. I think that for us as the New Day it’s probably a lot easier than it is for other people… Yes we thrive on crowd participation and everything that we do we want to involve the crowd. We want to make sure that the live audience is participating and having a great show, but a lot of the times… Myself, E and Woods, we’re just in there trying to entertain each other and it just so happens that there’s a crowd that can get behind it and also be entertained.”

“You kind of have like an internal clock of where you feel the crowd and fans would be. You know? So you feel that energy. And going up against guys like the Usos and Miz and Morrison, they’re so good at what they do and so entertaining, that you can’t help but like still feel that level, that energy.”

The New Day have a lot of fun in the ring. A venue with zero fans doesn’t take away the stable’s famous comedic timing and chemistry.

Kofi Kingston still has Big E around on WWE television. Xavier Woods is out of action with an Achilles injury. He is on The New Day: Feel The Power, the stable’s weekly WWE podcast. Their show is now being done via webcam.