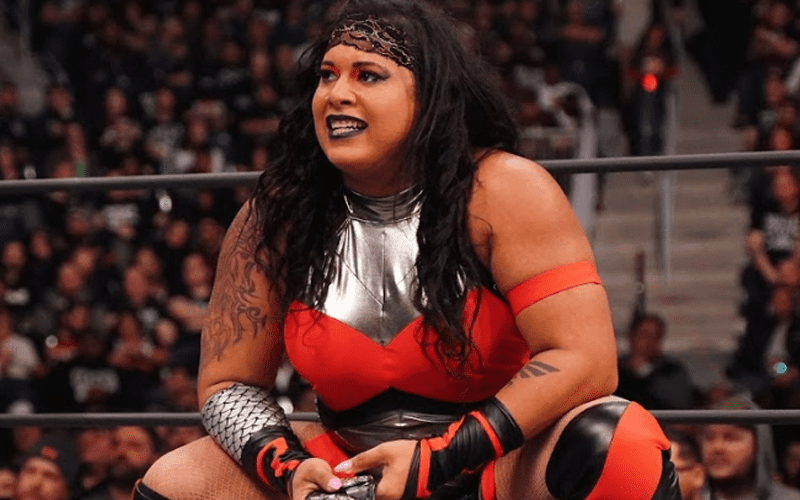 Nyla Rose didn’t make it to the AEW television tapings. She hasn’t been able to make any of the events since the novel coronavirus pandemic started sweeping America. The AEW Women’s World Champion found a way to participate in this week’s show while staying in isolation.

The Native Beast will be live tweeting and providing commentary on Twitter during this week’s episode of AEW Dynamite. She will also be taking fans’ questions throughout the show.

“As if #AEWDynamite wasn’t going to be exciting enough!” Rose tweeted out along with a graphic promoting her social media involvement with AEW Dynamite this week. She didn’t make the show, but Nyla Rose might send out some interesting tweets.

AEW recorded over 20 matches at QT Marshall’s gym in Norcross, Georgia last week. They filmed for three days’ straight from Tuesday to Thursday.

Local authorities stopped by Dynamite’s location on Thursday once news broke about its whereabouts. The police simply wanted to take a look at AEW’s permits which they had.

The content AEW filmed last week should take care of their shooting needs until May. At this time it’s unclear what that status is for Double Or Nothing on May 23rd.