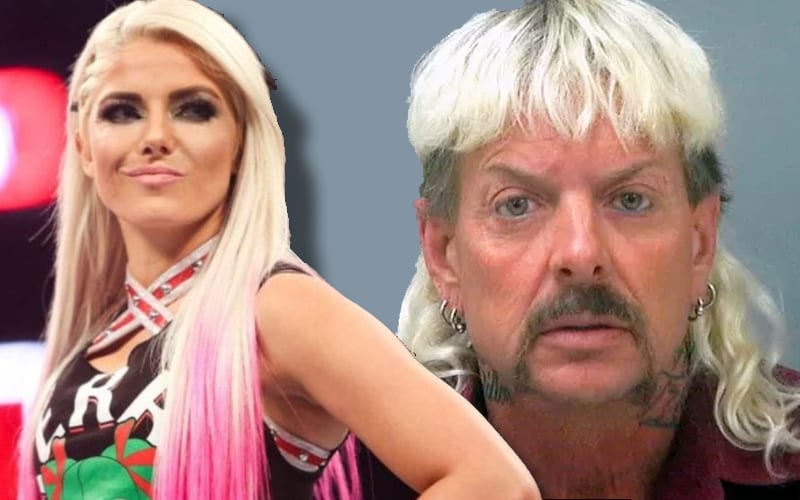 Alexa Bliss might have binge watched Netflix’s The Tiger King like so many others. She obviously knows what Joe Exotic looks like and called herself out when she resembled the viral celebrity.

Bliss revealed that she recently tried putting on makeup. Since she’s been in isolation for a while makeup wasn’t a part of her daily routine. This is something she revealed on a recent Instagram story.

Alexa Bliss later tweeted about a problem after she noticed that her finished product resembled Joe Exotic. Her friends agreed that she went Tiger King with her look.

My attempt at finally putting on makeup today turned into me drawing on a mustache on & realIzed I look wayyyyy too much like joe exotic … like for real. So of course I sent the pic to some of my friends. They agreed

Heath Slater urged Alexa Bliss to reveal her Joe Exotic look to the world. It appears the peer pressure paid off because two days later Bliss revealed a side-by-side comparison of herself and Exotic.

Alexa Bliss and Joe Exotic do bear a striking resemblance in this photo. Lucky for Alexa Bliss, WWE has their own team of talented hair and makeup people backstage.