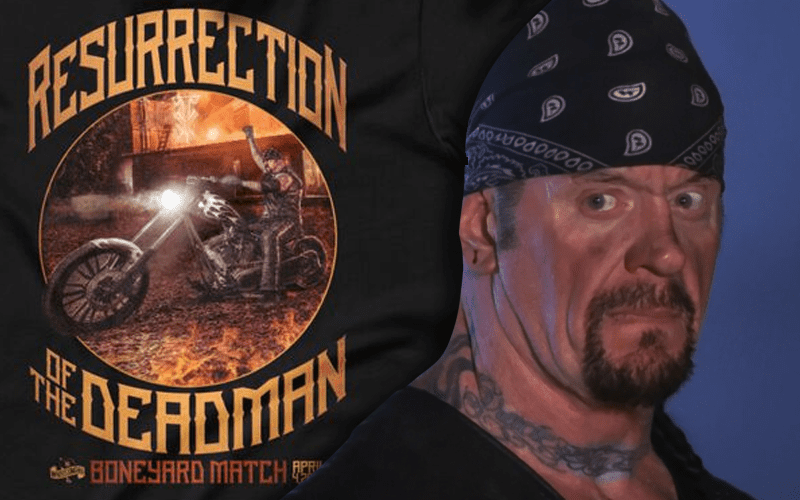 The Undertaker and AJ Styles battled in a Boneyard Match at WrestleMania 36. Plenty of people were talking about that unique match after it was done. Now you can own the merchandise to remember the match.

WWE Shop is on the ball for WrestleMania. They put up some new t-shirt designs proclaiming the “Return Of The Dead Man.” The Boneyard Match at WrestleMania received its own merchandise as well.

One t-shirt design is rather striking as it features AJ Styles’ hand coming out of the ground in front of a grave. WWE gave their design and merchandise teams enough time to come up with a design.

You can check out The Undertaker’s new line of WWE merchandise below.