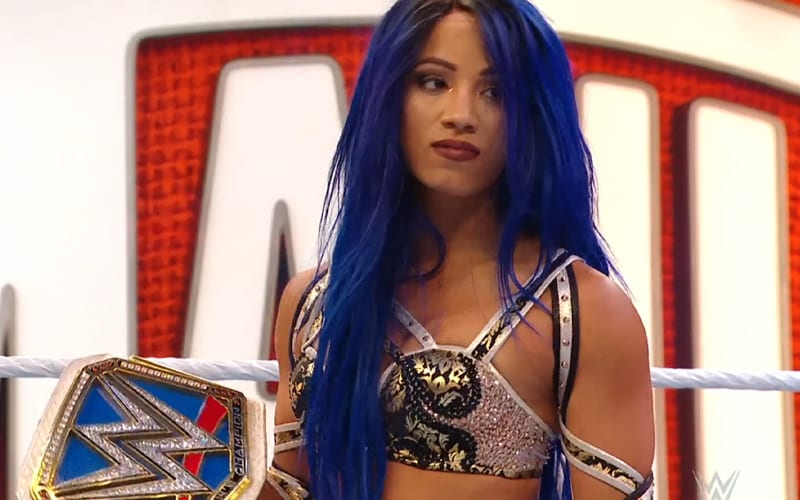 WWE’s show of shows was very different this year. The stakes were just as high and titles were up for grabs. Fans thought that one title would change hands thanks to a post from Sasha Banks. That was all just an elaborate trick.

Tamina was eliminated first after everyone pinned her at once. Naomi tapped out to a Bank Statement next. Then Lacey Evans took Banks out with a Women’s Right and eliminated her. Bayley and Lacey Evans had a bit of a match and then Sasha Banks showed up and hit a backstabber on Lacey Evans.

Bayley nailed Evans with her finisher and then Bayley retained the title. Banks got back in the ring, and after looking long and hard at the title, The Boss put the SmackDown Women’s Title back around Bayley’s waist.

Sasha Banks posted a picture of herself holding the SmackDown Women’s Title to her Instagram account. The she quickly deleted it. She was wearing her WrestleMania gear, but it appears that she was just trolling fans.

We have to give it to Sasha Banks for this one.