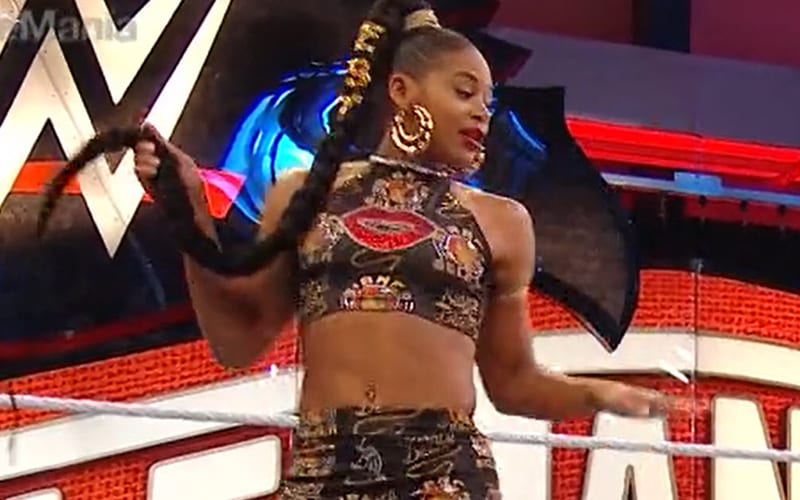 WWE WrestleMania was full of surprises this year. After the Raw Tag Team Title match, the action kept going and the EST of NXT ran in for the save.

Following The Streets Profits’ successful title defense over Austin Theory and Angel Garza, Zelina Vega got in the ring. It looks like she was going to do some damage, but Bianca Belair was in the house.

Belair is married to Street Profit member Montez Ford. The company has made their marriage no secret at all. This is Belair’s second WrestleMania moment. She was a part of the Women’s Battle Royal last year.

Belair ran down and took out Zelina Vega. They called her the EST of NXT on commentary. No mention was made about her getting “called up” to Raw, but she did make a big impression in her WrestleMania moment.