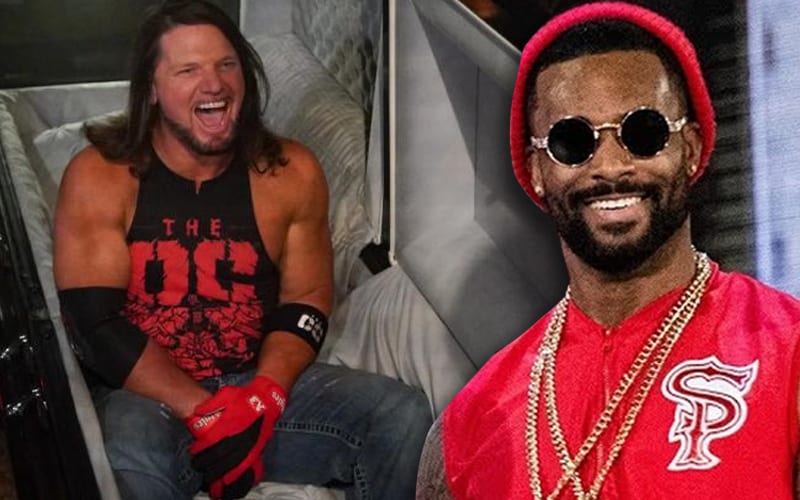 The Boneyard Match very well could live on as one of the most iconic WrestleMania moments of all time. That was just the ending of WrestlMania 36’s first night.

One of the final shots of the Boneyard Match showed AJ Styles’ hand sticking up from the ground where he was buried. There is a reason why Wikipedia said AJ Styles was dead. Montez Ford saw this and he couldn’t help but put his own little twist on the shot.

After Ford Photoshopped a red solo cup in AJ Styles’ hand, the work was done. He didn’t even need to include a caption to let us know what he was thinking.