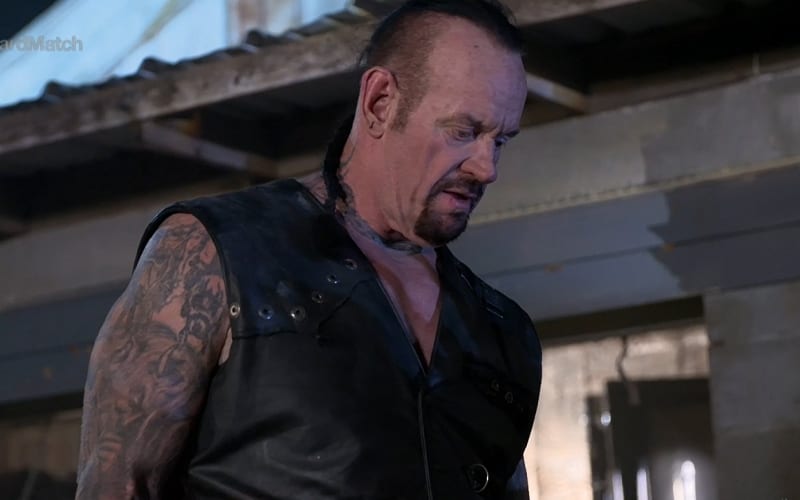 The Undertaker lost to Brock Lesnar at WrestleMania six years ago because Vince McMahon thought that it might be over for Taker. He’s still going and just defeated AJ Styles in an epic cinematic Boneyard Match.

During Wrestling Observer Radio, Dave Meltzer discussed Taker’s vision for the end of his career. He stated that The Undertaker wants to retire with a good match. We’ll just have to see if a Boneyard Match is what he had in mind.

“There’s a lot of talk that [The Undertaker] wanted to retire on a good note because he’s had these bad matches. If that’s the case, this would be the way to retire.”

WWE Network is doing a “Last Ride” docuseries for The Undertaker that certainly seems like they’re gearing fans up for a goodbye to The Undertaker. Hopefully, if The Undertaker does wrestle again it will give him the kind of conclusion to his in-ring career that he’s looking for.