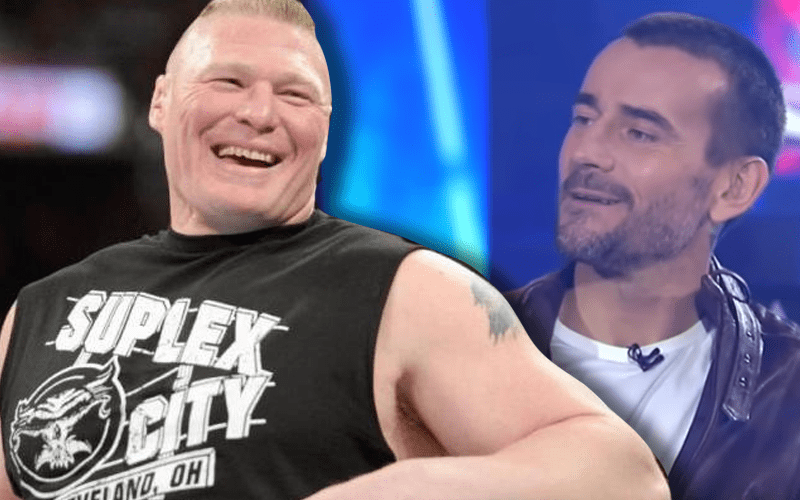 Brock Lesnar is set to take on Drew McIntyre at WrestleMania 36. We’re not certain which night his match will land on as of this writing. It will undoubtedly be a physical contest.

ESPN recently spoke to CM Punk where he went into how great of a guy Brock Lesnar is. He called the Beast Incarnate “a sweetheart” and hoped that he doesn’t ruin his reputation.

The Second City Savior carried on to discuss what kind of a family-man Brock Lesnar is. This is a side of him that fans rarely get to see.

I think Brock has got a big heart, and that’s something a lot of people don’t talk about. They’ll talk about the freak strength and the crazy athletic things he’s done in his career, the accomplishments. But they don’t talk about the fact that he loves his wife, his kids, lives on a farm and just kind of wants to be left alone. All the fame and the money and everything is really just a side effect of being successful at what he wants to do. And he does what he wants, when he wants. That’s the beauty of Brock Lesnar.

WWE Superstars all go home and lead different lives than who they portray on television. Brock Lesnar worked hard to achieve this life for his family and obviously, he keeps going back to WWE because they continue to help him secure a future for not only himself, but everyone around him.