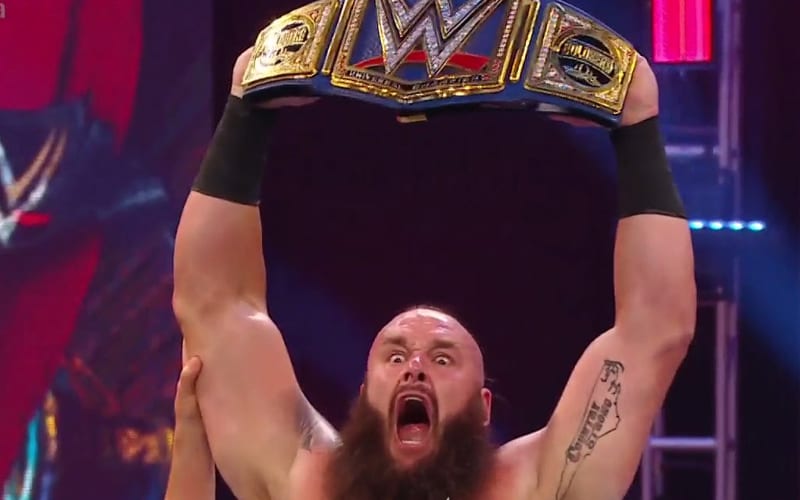 Goldberg winning the Universal Championship was a change of plans. He walked into the most unique WrestleMania event of all time as the champion. Then his opponent was changed on the day of the show.

It’s lucky that Braun Strowman wasn’t booked for WrestleMania, and he was available. He was needed when Roman Reigns decided against wrestling for the Universal Title.

Goldberg missed a charge to the post. Strowman tried to powerslam Goldberg and then Goldberg hit three spears for a two count.

Then Goldberg hit a fourth spear and he pointed toward the sky. Goldberg picked Strowman up for a Jackhammer, but Braun countered with three powerslams.

Instead of pinning Goldberg, Strowman picked him up for a fourth running powerslam and got the pin to win the WWE Universal Title.