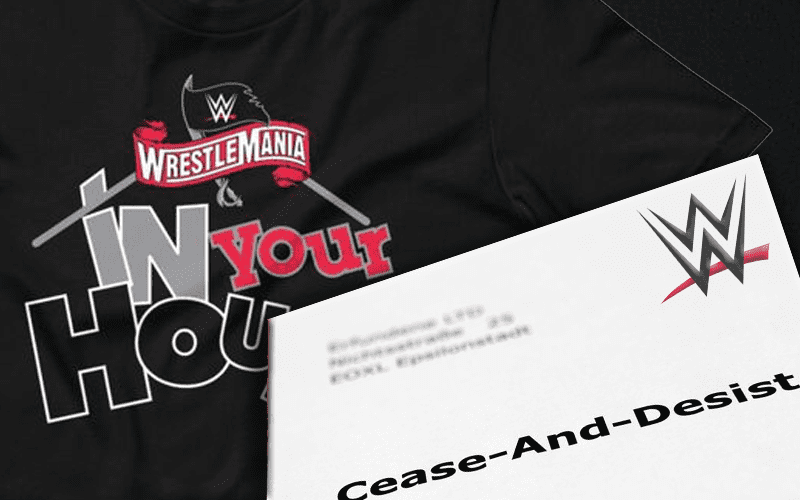 WrestleMania is taking place in front of zero live fans this year. WWE is marketing it any way they can. This new shirt has an interesting backstory.

WWE likes to make sure that their intellectual property isn’t being infringed upon. They recently sent a cease and desist order to Freelance Wrestling and Pro Wrestling Tees over an indie event they were holding. “In Our Warehouse” was too close to an event name WWE hasn’t used since 1999.

It turns out that WWE made use of the “In Your House” phrase sooner than they might have expected. The company just released a new WrestleMania t-shirt that says “In Your House” under the Mania 36 logo.

WWE has also dropped “I Wasn’t There” t-shirts. The are selling those WrestleMania seats that would have been at ringside.