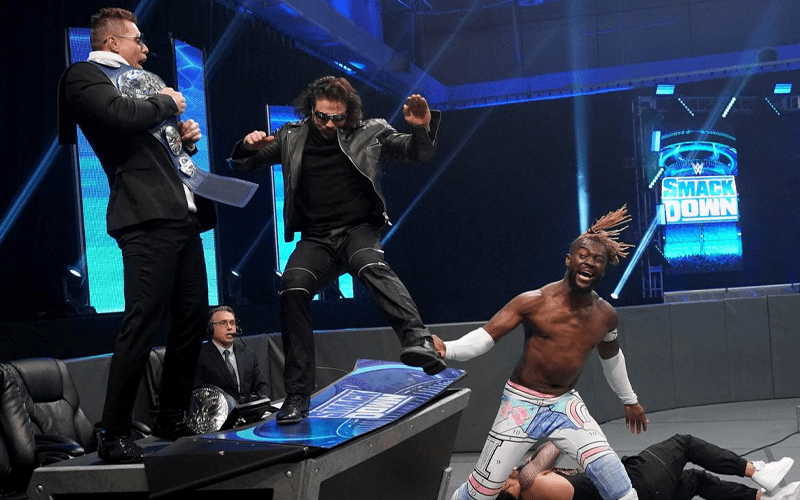 WWE did everything they could to make sure that they could continue to film for WrestleMania. They also needed to tape the television shows building toward the show of shows. It was a tricky situation, but they were able to pull it off.

The Wrestling Observer Newsletter noted that WWE kept the commentary table with just Michael Cole. This was done so they could ensure that the proper number of people were around the ringside area as they broke that recommendation last week.

In order to keep the number of people low, Cole announced the show by himself but they used talent with him.

Having a Superstar join Michael Cole on commentary is a wise decision. Not only does it keep a second voice on commentary, but they can switch out Cole’s temporary broadcast partner to keep the show fresh. This is why Cole’s commentary desk was a one man operation unless he had a guest during the segment.