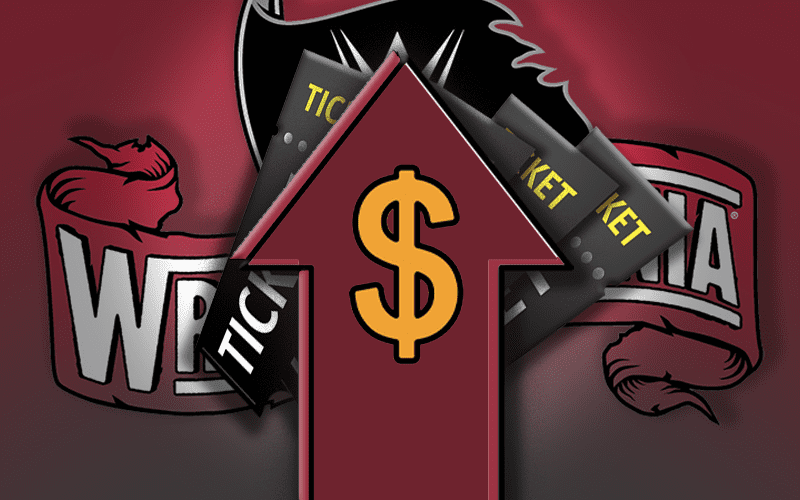 WrestleMania 36 tickets went on sale today and the event is likely to sell out because of the reputation that the show of shows has. That will cost fans who are attending a huge amount of money if they want a great seat.

Tickets for WrestleMania are currently topping out at $10,000 each. Those are “platinum tickets” on Ticket Master which are priced due to the demand for the show. They are not part of any VIP experience so you’re just getting a ticket which will likely come with a commemorative chair.

Of course, you can get in for cheaper, but the really good seats are going for a ton of money. With those kind of prices it makes us wonder if those tickets will be sold, but history has shown that there are fans out there who will pay that much.

At this point, there are no matches announced for WrestleMania. We will see the Royal Rumble winner in a title match and that’s pretty much the only thing we have any kind of certainty of. Then again, you never know what they’ll book for the show of shows next year.