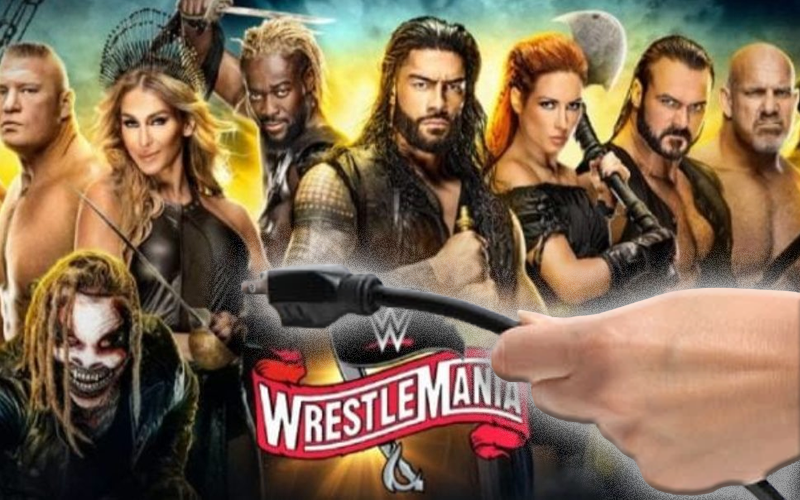 WWE introduced a subscription streaming service over six years ago and WrestleMania was a part of the deal. This might be the final year that WWE Network subscribers can watch the show of shows as part of their regular monthly price.

WrestleMania is available through FITE TV for the first time ever. The event will also be available to purchase through the Fox Sports app on top of traditional pay-per-view. The WWE Network might be the most popular way to watch the show this year, but there are a few more options if fans want to order it.

During Wrestling Observer Radio, Dave Meltzer brought up the future of WrestleMania on the WWE Network. It was said that this will likely be the final year that WWE Network subscribers can watch WrestleMania for just $9.99

“I think that it’s very clear that the idea is that next year’s WrestleMania is not gonna be on the WWE Network and it’ll be on pay-per-view. That’s probably the smart thing to do so this is like a tryout.”

“The idea is you wanna be selling at least the pay-per-view and you move your program to another platform.”

WWE could certainly inject a lot of cash into their coffers if they charge fans $60 to watch WrestleMania each year. It wasn’t mentioned if WWE was considering charging separately for any other pay-per-view events, but it wouldn’t be a huge surprise to see them go a different way when WrestleMania goes Hollywood next year.