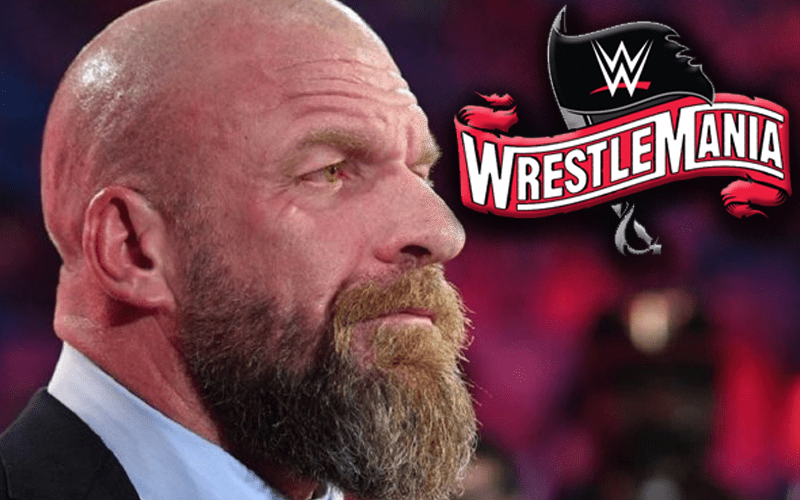 WWE is airing WrestleMania 36 this weekend in an event too big for one night. They had other options for this year’s show of shows including not holding it at all.

The novel coronavirus made life difficult for a lot of people. Humans are battling the terrible disease that could cause a halt to some aspects of life as we know it. WWE wasn’t going to let that change WrestleMania.

While speaking with Ariel Helwani’s MMA Show on ESPN, Triple H admitted that WWE discussed the idea of cancelling or postponing WrestleMania 36. In the end, the decision was made to carry on with the show and split it into two separate nights.

“We were going through the minute by minute of what was happening,” Triple H said. “It’s amazing how quickly all of this happened. On Wednesday March 11th, we were actually doing an event out of the Performance Center in Orlando that actually had fans at it. And I had mentioned to Vince, ‘Maybe we should leave some of this stuff up just in case, it just seems like things are going in a weird direction very quickly.’ In a 24 hour period after that everything was shutting down. It’s like everybody, playing it by ear. We can also do this in a way from an entertainment standpoint, from a Hollywood standpoint and a fictional standpoint that we can kind of control the environment and do this in a way that really nobody else can. And that’s what we’ve been able to do with WrestleMania. We’ve been able to continue the product, continue to put the event on, do it in the safest way possible, with minimal staff, no fans but we feel like it’s necessary.”

“I think [postponing or canceling] was obviously considered but we feel like it’s an obligation for us. Our fans have been there for us for years and years and years and we want to be there for them in this time where everybody is just doing the best to get through this, stuck home and the world needs entertainment right now. We feel an obligation to give them that. Whether it’s exactly what we would like it to be or they would like it to be, it probably won’t be, but it will be a version of that. We will make it the spectacle that it needs to be and that we can to the best of our ability and we’ll give the fans something to be entertained by. Sometimes people get very caught up in what we do, the arguments of what’s happening and why and should’ve done this or that, but at the end of the day if you don’t take it too seriously and you enjoy WWE for what it is, an entertainment source that hopefully we can do what the intent is is putting a smile on your face. If you can forget all that and put it aside and just sit in front of your set and just be entertained by what we do, then we’ve succeeded.”

It should be noted that Vince McMahon was the only person who wanted to carry on with WrestleMania 36 in this fashion.

The company was playing a lot of this situation by ear because there was no way of telling what’s next. WWE fans have been there for the company on countless occasions. Triple H stated that this was a chance for WWE to be there for them.