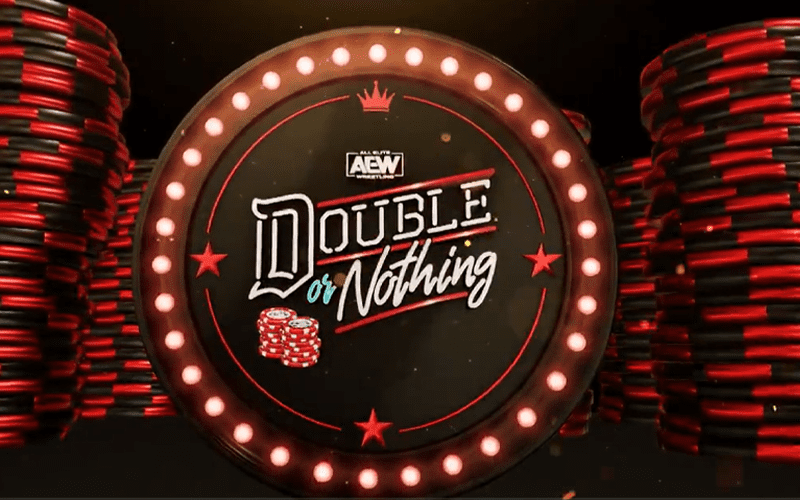 AEW announced a new TNT Championship Title yesterday. An 8-man tournament will start next week for the new title. The finals are booked for AEW Double Or Nothing on May 23rd.

The world is still dealing with the novel coronavirus. The MGM Grand Garden Arena is currently closed, but Double Or Nothing is two months away.

Dave Meltzer noted on Wrestling Observer Radio that AEW could choose to run Double Or Nothing in an empty arena. That is, of course, if things don’t return to normal.

“Who knows what the laws are gonna be. They could run it as an empty arena show, maybe.”

It was noted that even if they can’t have mass gatherings, AEW still has the MGM Grand Garden Arena booked. They could always run an empty arena pay-per-view in a worst case scenario situation.

AEW has a few choices. They could also elect to postpone the Double Or Nothing event if it came down to that. This is an uncertain time, but AEW is doing what they can to stay on the air for fans.