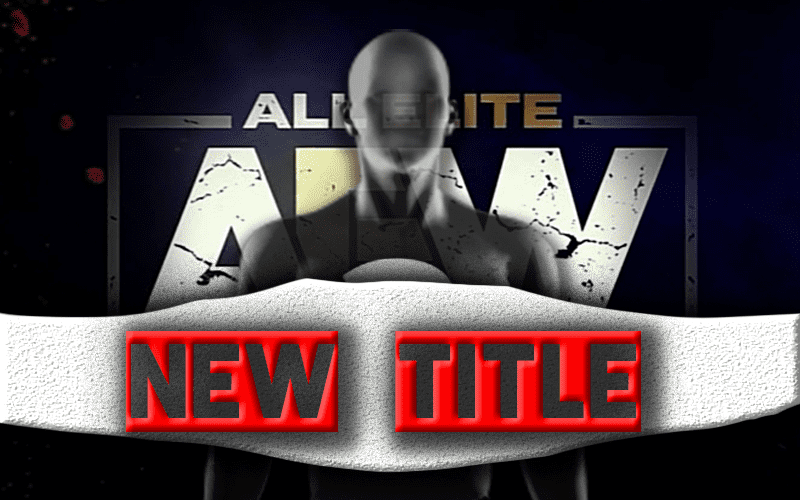 AEW has the AEW World Title, Tag Title, and a Women’s Title. Now another title will be added to the mix.

All Elite Wrestling announced today that they will introduce the “TNT Title.” A weekly 8-man tournament will begin on April 8th where the winner will become the inaugural champion.

Today, AEW announced its first-ever “TNT CHAMPIONSHIP,” a high-stakes, eight-man tournament which kicks off on Wednesday, April 8, on the weekly AEW: DYNAMITE show on TNT.  The single-elimination tournament will feature the biggest names in AEW all vying for the inaugural TNT CHAMPIONSHIP belt.

No title design has been released at this time. This is a very interesting development. There was talk of adding another title to AEW a while ago, but they introduced the Dynamite Diamond Ring instead.