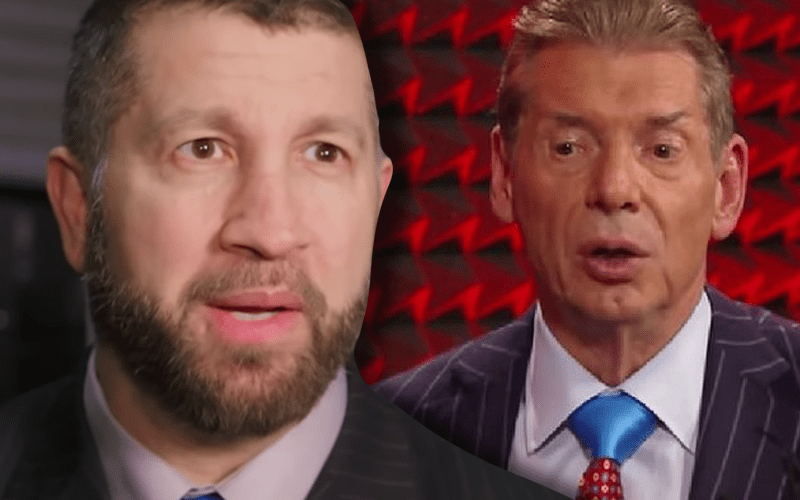 Vince McMahon knows what he wants. He’s also not one to entertain a notion that he doesn’t like. When Hurricane Helms had an idea to change the name of a title, he got shut down pretty quickly.

AEW just announced that the TNT Championship Title is coming to Dynamite. This prompted Hurricane Helms to tell a pretty funny story about a time he suggested somethings similar to Vince McMahon.

I once asked VKM could I refer to the Cruiserweight Championship as the CW Championship since we were on the CW Network? He just looked at me and said, “Why would you do that?” I replied, “I guess I wouldn’t.” And I walked away.

The Cruiserweight Title would later get a name change and become an NXT Title. They never went with the CW initials though. It’s probably for the best as the blue brand wasn’t on the CW forever.

Hurricane Helms readily admits that he tapped out pretty quick on pushing for that idea.