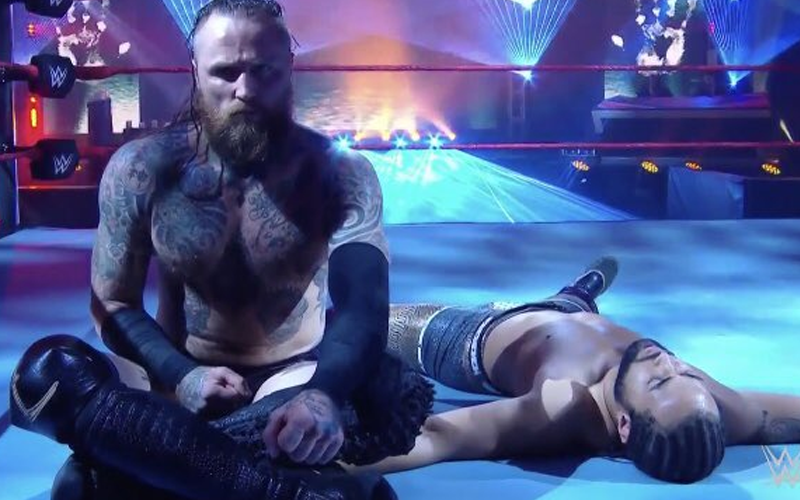 WWE RAW featured another enhancement match for Aleister Black this week. He easily defeated his opponent, but Jason Cade had an excuse for this quick loss.

Click her for our complete WWE RAW coverage from this week.

Jason Cade is 1/2 of The Crew with Rich Swann. He’s working around the indies. and he found himself on WWE RAW. He later tweeted out that he was distracted which explains the quick loss after a Black Mass.

Aleister Black will face Bobby Lashley at WrestleMania 36. Their feud was supposed to start earlier, but Lashley needed to be in quarantine following a trip to South Africa.