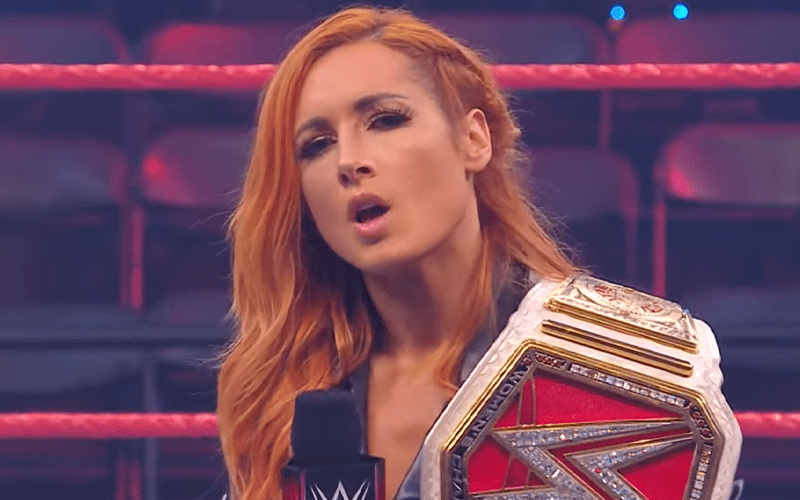 WrestleMania 36 was filmed last week on Wednesday and Thursday. Becky Lynch vs Shayna Baszler will likely be featured during the first part of the two-night event. This entire experience presented an interesting dilemma for The Man.

While speaking to Not Sam Wrestling, Becky Lynch revealed that having zero live fans was a bit of an issue for her. She feeds off the fans and credits them for much of her rise to fame. Not having them around was a bit of an obstacle and it took some thinking.

“As well, I think this is going to be an obstacle for me the fact that there is no fans there because I am somebody who vibes from that energy, who feeds off that energy. People got me to where I am. If it wasn’t for them I don’t know if I’d be doing what I’m doing. That’s going to be interesting and that’s something I’ve had to sit back and re-evaluate like how am I going to use that to my advantage as opposed to my disadvantage.”

Becky Lynch has been through plenty of interesting experiences before. She might have never faced such a unique situation as such a big match took place in front of zero people.

The rest of the world will get to see what happened when the match airs in April.