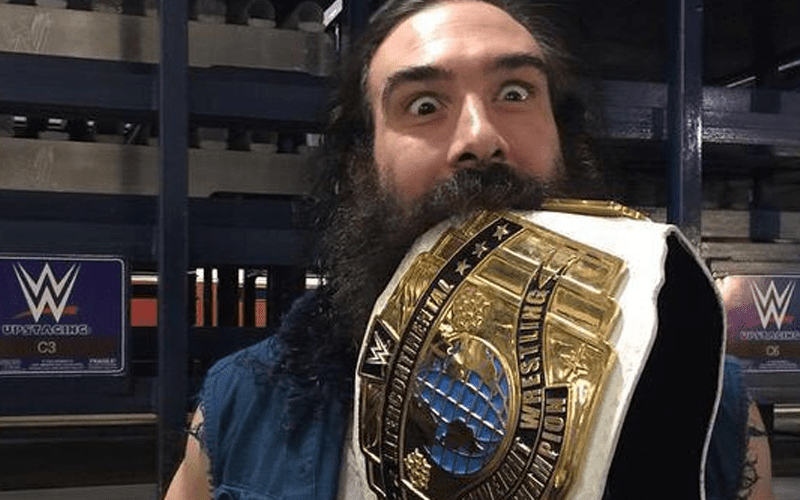 Brodie Lee is now in AEW as the Exalted One. He has a much better chance at securing a big match now than he ever did in WWE. Even when it seemed as if Luke Harper was doing well in WWE, he was still being kept down.

During Talk Is Jericho, Brodie Lee discussed his short stint as WWE IC Champion. He won the title, but didn’t do much with it at all. Now he looks back at the experiences and thinks that he “lost favor” as soon as he was given the belt.

“I won the Intercontinental Championship. I had it for I think 27 days and had a hell of a — like the next several months I worked with Dolph [Ziggler] at all of the house shows and had a blast had a great ladder match with Dolph and that was probably the peak. It was in his hometown. I got my wife to worry about me because she was live and thought I got hurt so I knew I did a good job.”

“That was kinda like the peak, but even then I don’t think I won a match on TV with the belt. I did a bunch of DQs, lost a bunch of matches, and it was almost like I lost favor instantly as soon as I won the belt. It was like, ‘Oh, here you go,’ and they didn’t give me a chance to do anything with it.”

“I pitched a bunch of ideas to change the angle and the character, but [Vince McMahon] just wasn’t buying them.”

Vince McMahon was determined not to like anything Luke Harper did for some reason. Brodie Lee says that McMahon didn’t like the fact that he couldn’t do a Southern accent.

Lee never met the image of who Vince McMahon thought a guy like him should be. At least Brodie Lee got one IC Title run out of it.