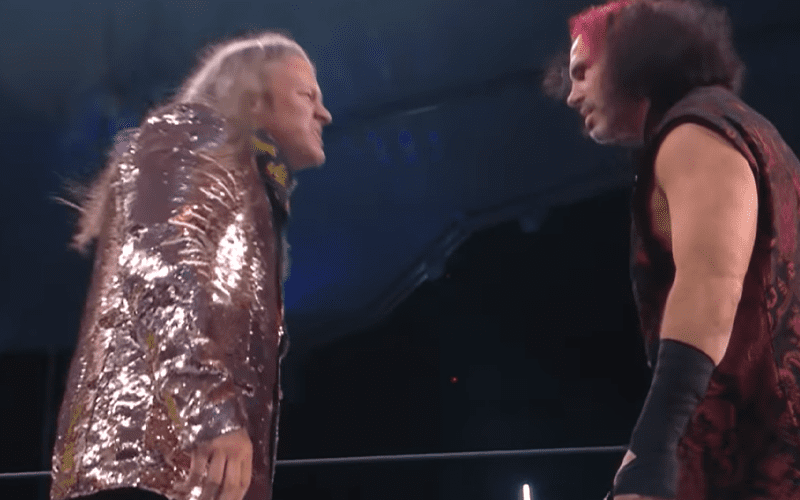 AEW Dynamite was capped off this week by Chris Jericho and Matt Hardy having a big Broken segment. This segment was done in front of zero live fans. Apparently, fans saw the second take.

During Wrestling Observer Radio, Dave Meltzer revealed that Chris Jericho hated the original version of the Broken Matt Hardy segment. It needed to be re-shot. Since there was no live crowd they could pull that off. Daily’s Place being an outdoor venue presented another problem.

“They had taped on Tuesday and they taped that segment on Tuesday. Jericho hated it. He absolutely hated it. They were gonna go re-tape it on Wednesday. They didn’t want to do it live — you can’t do it live. They were gonna do it live and outdoors and then they realized that it was light out and you couldn’t tape in the afternoon and put it in the show.”

AEW Dynamite was totally live except for Kip Sabian vs Darby Allin. They taped the Sabian/Allin match on Tuesday, so as the match played on Dynamite they filmed the Matt Hardy and Chris Jericho segment and edited it to the end of the episode.

It was said that everyone liked the second version much better. Jim Cornette ripped on the segment in a big way. AEW edited the whole thing together in 15 minutes so that might change the way some people see it now.