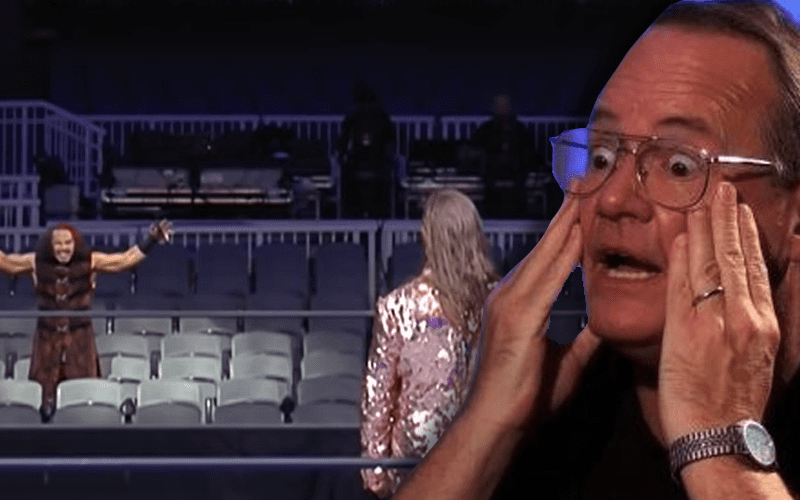 AEW fans received their first real look into Broken Matt Hardy’s character last week on Dynamite. He took part in a segment with Chris Jericho and the Inner Circle that included some camera tricks and a teleportation act.

During the Jim Cornette Experience, he really let AEW have it. Cornette was shocked that people who have such experience in the pro wrestling business like Chris Jericho and Matt Hardy would produce such content.

“That’ll be the last AEW Dynamite review we’re gonna do, because if they do this kinda sh*t my blood pressure won’t be able to take it. That’s what I thought was gonna happen, I just didn’t think it would happen from their big stars. I thought it would happen with their f*cking outlaw mud show stars.”

“Now you’re telling me that the guys who have actually been in the business long enough to know better are doing stupider sh*t than the invisible man outlaw bullsh*t?”

Jim Cornette might not be a fan, but the video of the segment went viral. AEW also defeated WWE NXT again last week leaving an undefeated record in 2020.

Cornette not approving of AEW’s activities really isn’t anything new. That won’t stop AEW fans from anticipating what Broken Matt Hardy will come up with next.