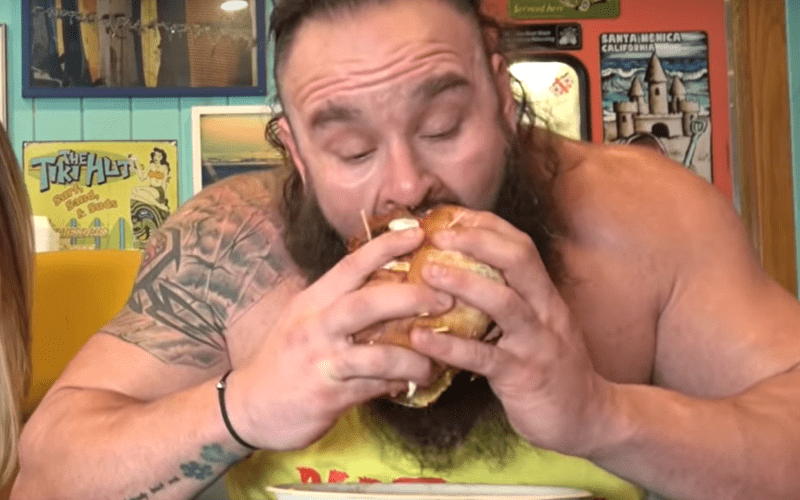 If you’ve been wondering where EC3 has been you’re not alone. The WWE Superstar has been out of work since last year. The concussion issues he has been facing have been quite hard.

The challenge went down at Jimmy Hula’s in Winter Park, Florida. The burger in question consisted of 8 patties, 16 slices of American cheese, 1 avocado, 8 strips of bacon, 2 sunny side eggs, and a house sauce on a Ciabatta bun. Of course, the bun was toasted to help hold that massive burger together.

Braun Strowman recently made headlines because of some controversial statements he made about the indie wrestling scene. He later expressed a lot of regret and is very sorry for what he said.

Strowman might also walk out of WrestleMania with an unexpected top title. Things could get really interesting.

You can check out the video below to watch Braun Strowman go berserk on those burgers. A monster his size works up quite an appetite.