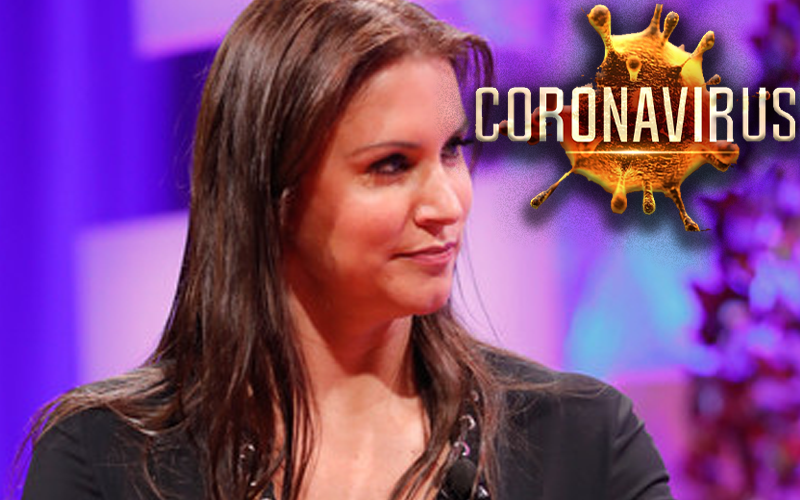 WWE is well aware of the current situation that everyone in the world is dealing with. They have now recorded all content until April 6th’s Raw After WrestleMania.

Variety recently spoke to Stephanie McMahon where she revealed that the backstage atmosphere is now totally different in WWE. Superstars aren’t allowed to mill around and visit catering when they like even if their not on the show. That is not allowed anymore as everyone who enters the building goes through extensive testing.

“At a typical event, talent are milling about, they’re at catering or wherever when they’re not actually in part of the show. That’s not allowed now. There’s extensive testing and screening when you first come in the facility regardless of whether you’re a talent, a crew member, or anyone else. Working with our doctors, you have your temperature taken. If you have a temperature over 100.4 degrees, you are automatically asked to leave.”

McMahon added that WWE is “taking every precaution we can.” This is the reason why there are zero fans in the audience, including Superstars.

WWE had to send multiple Superstars home. Some of them were advertised for WrestleMania 36 as well. This will be a very interesting couple of weeks for WWE programming while they explain what is going on in the story while avoiding the term “coronavirus.”