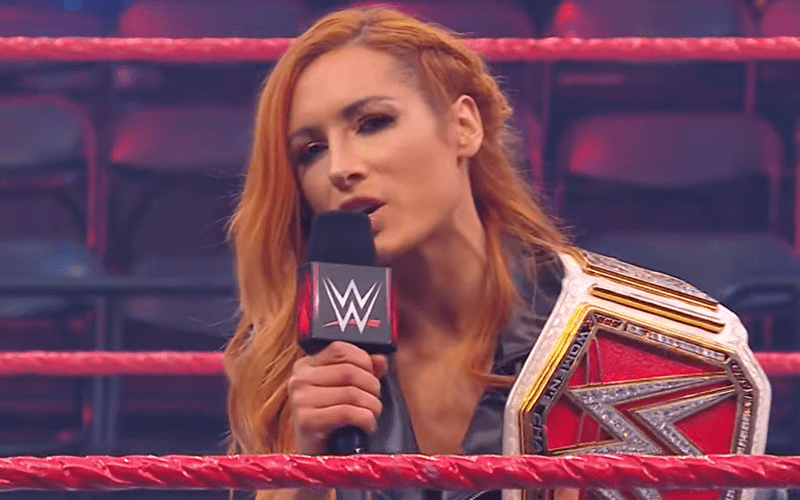 Becky Lynch and Shayna Baszler’s match at WrestleMania 36 did go on as planned. There are a lot of uncertain things in today’s world, but The Man revealed to Ariel Helwani during an Instagram interview that she wasn’t concerned much about herself.

Lynch did reveal that they are conscientious about going into isolation for two weeks to make sure that no symptoms of the novel coronavirus appear.

“I didn’t have any concerns for myself. We really limited the amount of people that were there. The only thing I’m very conscientious of is now that we’re back and when we come back, we isolate ourselves for a couple of weeks and make sure we don’t have any symptoms before we go into the world again.”

WWE was as careful as they could be with the coronavirus pandemic. They kept a very small amount of people around and everyone was checked beforehand.

“They’re staggering everything. If you don’t have a reason to be there, then get the hell out of there. If you have a match or segment then you’re there with a minimal amount of crew. When you come in, your temperature is taken, a questionnaire is filled out, and the doctors are there to meet you when you walk into the build.”

The list of WWE Superstars who had to miss WrestleMania for one reason or another has grown substantially in the past 48 hours. Rey Mysterio, Dana Brooke, Murphy, Roman Reigns, and The Miz had to miss the tapings for issues surrounding this current situation. Andrade was injured on RAW last week as well.

Becky Lynch was able to work the show of shows. Now she is going into isolation.