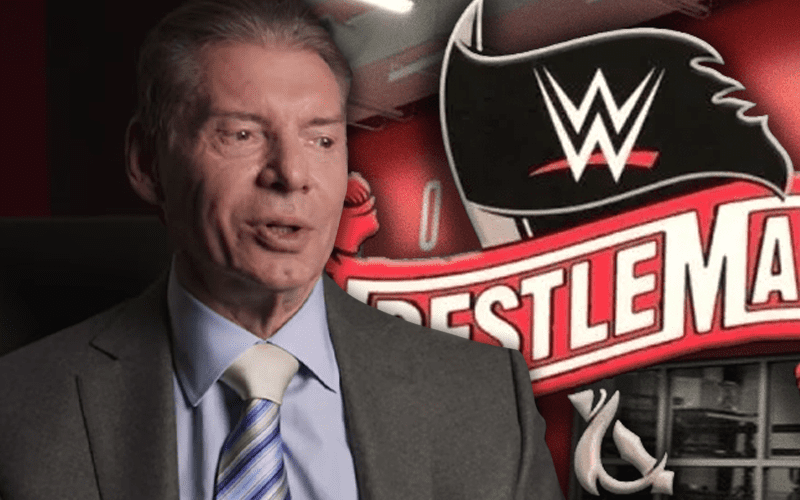 WWE is airing WrestleMania on April 4th and 5th in an event that its “Too Big For One Night.” This is happening because only one person wants it to.

The company filmed WrestleMania all day Wednesday this week and will complete their taping on Thursday. Orange County has a stay at home order going into place on Thursday night.

Mike Johnson stated on PW Insider Elite Audio that everyone in WWE is against carrying on with WrestleMania 36 in any form. Vince McMahon dictated that the show must go on and that is exactly what happened.

WrestleMania will be a two-night event in the WWE Performance Center and a couple other locations. They are filming a very unique event, but these are very different times.

Instead of hitting the pause button on programming, Vince McMahon carried on. Now fans have a few more weeks’ worth of entertainment including WrestleMania 36.