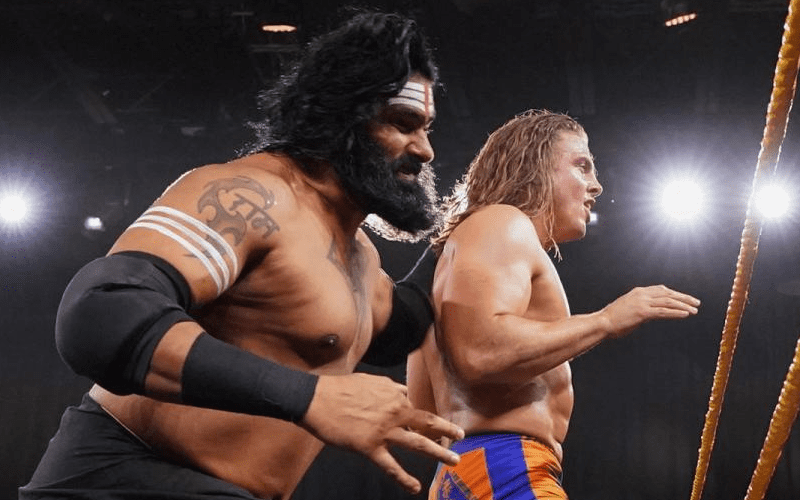 WWE NXT featured a new team’s debut this week and Matt Riddle was their target of choice. 1/2 of the NXT Tag Team Champions ended up on the mat after a brutal beat-down. He could have really used his tag team partner.

Click here for our compete WWE NXT coverage from this week.

Pete Dunne is at home in isolation. He tweeted out a video update showing what he’s up to. The Bruiserweight is getting to spend time with his child, but he’s not in the ring.

Matt Riddle tweeted out a message for his tag team partner. He needs Pete Dunne around because some “little bald dude” had big hairy men attack him.

I need you Stallion Pete! This little bald dude named @Malcolmvelli had 2 hairy dudes jump me yesterday after my Stallion Performance against @roderickstrong

Saurav Gurjar and Rinku Singh debuted on WWE NXT this week. We’re not certain what their names will be on WWE television yet because it was not stated. Malcolm Bivens is their manager and he did all of the talking.

Hopefully, Pete Dunne will be permitted to return back to Orlando soon. This current global situation needs to get better first.