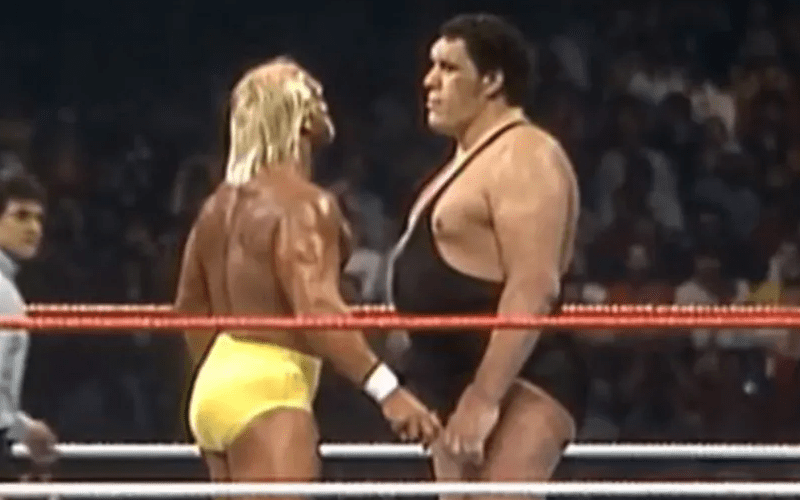 WWE has a lot of content in their library and they need to alter older footage for update technology. In the process, a good portion of the screen apparently needs to be sacrificed.

The company recently uploaded a 10 Biggest Matches In WrestleMania History special to the WWE Network. Andre The Giant vs Hulk Hogan at WrestleMania III was naturally on the list.

Fans familiar the with classic match were quick to notice that a bit of the screen was cut off. The bottom of the frame was chopped to fit it into widescreen format.

There were portions of the match where Hulk Hogan was totally missing from the screen while he was selling for the 8th Wonder Of The World.

You can see a photo comparison below showing the difference between the two versions. This capture was taken as Hogan was shoved out of the ring by Andre as he stopped him from heating up. Hogan’s legs are in the process of falling in the shot, but they are taken within the same second right before Gorilla Monsoon said: “Out onto the floor.”

The second set of shots to compare were taken right as Andre The Giant chopped Hulk Hogan after he stood Hulkster back up.