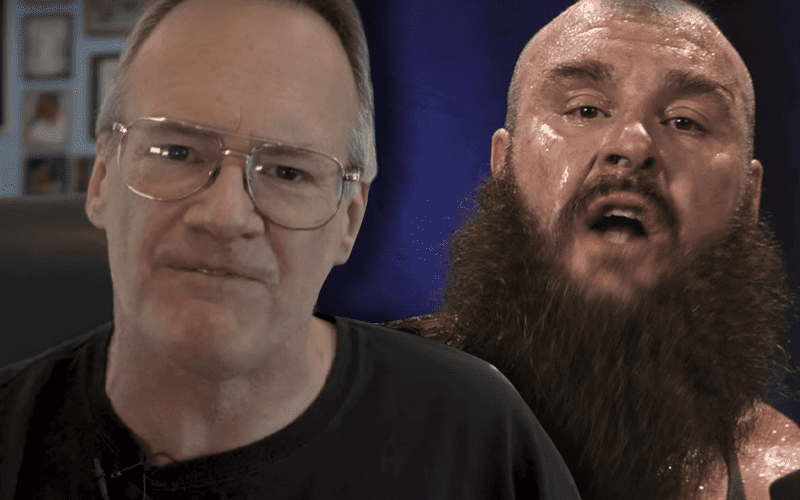 Braun Strowman recently made some very controversial remarks about the current state of the pro wrestling business. He said if out of work pro wrestlers are in such bad shape then they might need to change occupations.

Pro wrestling events all over the world are cancelled. Social distancing and isolation have taken place of gathering in groups over 50 people. A number of people were upset at Braun Strowman over his comments.

The Monster Among Men later commented that WWE isn’t paying him during this time either. Jim Cornette took the opportunity to speak his mind on the subject during the Jim Cornette Drive-Thru.

“Up until 7 years ago, Strowman was a f*cking bum. When you are as big and strong as Strowman, WWE notices you and basically pays you to go to school. He was paid to train, has a guaranteed contract, and gets paid whether he wrestles or not.”

“He couldn’t survive in the actual wrestling business. He never had to pay his dues. He got paid to train and learn and got a guaranteed contract.”

It did not make any sense to Jim Cornette why Braun Strowman would act like this. The indie wrestlers in question didn’t choose to have their bookings cancelled due to a global pandemic.

“I don’t understand why Strowman acts like it was their choice that their bookings got cancelled.This was not any of their fault. For a guy with guaranteed money to be down on them, f*ck you, you big fat f*ck! He’s a fat head.”

Braun Strowman has not spoken on the subject since those controversial comments. Chances are he will keep his opinion close to the vest when any future conversations arise.