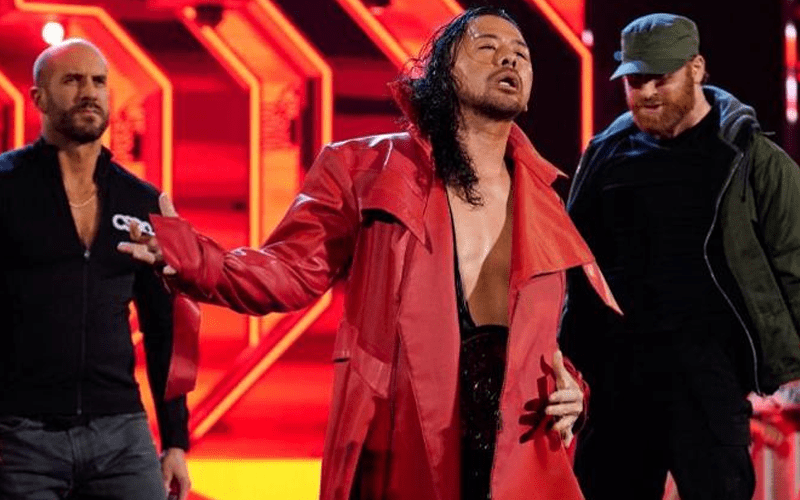 Sami Zayn, Shinsuke Nakamura, and Cesaro are known as the Artist Collective. They are a band of singles competitors who WWE previously wasn’t doing much with. This is a situation a few stables have found themselves in before binding together.

During WWE The Bump, Zayn spoke about forming this stable. Now that they are officially a stable he finds his new role funny. His in-ring ability isn’t what makes him stand out anymore when his microphone skills took center stage.

“I think that there is a sense with some fans that despite our level of talent and despite our level or artistry that we’ve kinda been cast aside a little bit or even that we haven’t realized our full potential even though Shinsuke has done very, very well I think.”

“There’s something to that as well. I think that’s another thing that unifies us a little bit because we’re these three guys that can really go and we’re just being packaged in a different way. It’s funny because even though I’ve made a name for myself as a guy who could go in the ring. Now I’m doing that just in a different avenue just by running my mouth, so it’s kinda interesting to me too.”

The Artist Collective are still going strong. Sami Zayn holds the IC Title as their mouthpiece which makes it an interesting dynamic.

Shinsuke Nakamura will face Drew Gulak this week on SmackDown. If Gulak can win then he will secure a match against Sami Zayn for Daniel Bryan.