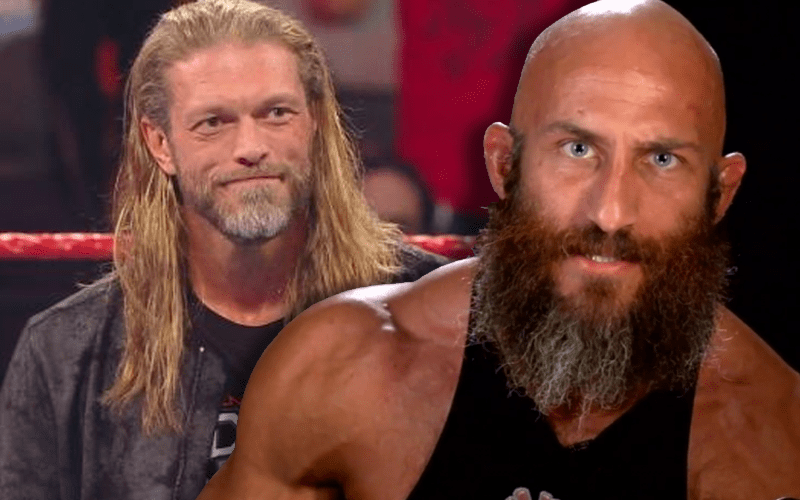 Edge returned to WWE at the 2020 and now he will be wrestling as a special attraction for the next three years. He might be on WWE RAW, but the Rated R Superstar still has his eye on a few NXT Superstars.

While speaking on a WrestleMania 36 conference call, Edge was asked about the current crop of NXT Superstars. He spoke about his close relationship with Tommaso Ciampa. They have both experienced neck surgeries.

There are also a few more names on the NXT roster that have certainly caught Edge’s eye.

“Obviously (Tommaso) Ciampa and I have a very close relationship, we’re both ‘neck’ guys for a lack of a better term. So he’s picking his brain a lot and I love it because he cares a lot and he’ll try the ideas too.”

“I love [Johnny] Gargano. To me, ‘the guy’ who is dialed in and completely found what it is that he’s supposed to do is Finn Balor. It’s exciting to watch him right now. To me, he and Gargano set the template for what an NXT match should be going forward.”

Edge will wrestle three times a year for the next three years. That is what is reportedly in his new WWE contract.

Two of those matches are already taken care of for 2020. We’ll just have to see if he eventually gets to lock up with any of those NXT Superstars.