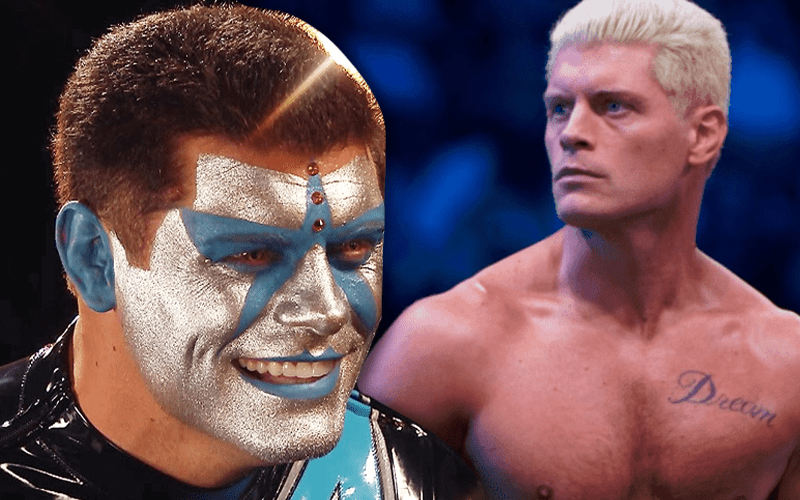 Cody Rhodes was portraying the Stardust character when he made his WWE exit. He doesn’t harbor any resentment as he admitted that the character put a lot of money in his pocket.

Rhodes recently replied to a tweet about his former WWE gimmick. The tweet from Alex McCarthy said that it’s a crime that Stardust wasn’t pushed.

Cody opened up about this subject. He stated that the crime was not capitalizing on the hot streak he experienced 8-10 years ago. In the end, the blame is on himself.

Not pushing Stardust wasn’t the crime, the character had broke me and I was a subpar performer under the paint during that period

In the end, blame is on me

Cody Rhodes doesn’t have to worry about becoming Stardust anymore. WWE owns that name and it’s not likely that they would let him use it. Now Cody has a different task as an EVP of All Elite Wrestling.