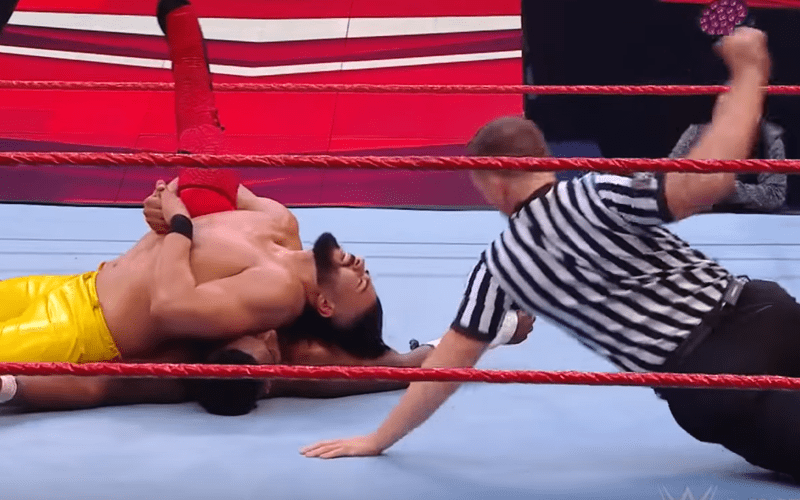 WWE RAW took place in an empty WWE Performance Center once again this week. The end of one particular tag team match ended with an apparent referee botch.

At the end of the match, the referee got down to count to three, but his hand hit the mat four times. You can click here to see that clip.

During Wrestling Observer Radio, Dave Meltzer noted that the Andrade & Angel Garza vs Ricochet & Cedric Alexander match didn’t end as planned. The referee seemingly botched at the end of the match, but it actually wasn’t his fault.

“The referees are taught that if a guy doesn’t kick out then to go with it. Obviously, that was not the planned finish so the ref hesitated. I’ll put it this way I’m sure Andrade and Garza were winning and they were about 30 seconds from whatever it was gonna be. Probably a Hammerlock DDT or that Wingclipper thing, one or the other. I mean yeah, it’s hard when you’re a referee and you know the finish and the guy didn’t kick out.”

It was noted that this match was filmed live. They had no ability to re-shoot anything. Apparently, that tag team match didn’t end the way it was supposed to. The referee counted and ended match. He also counted to four in the process.