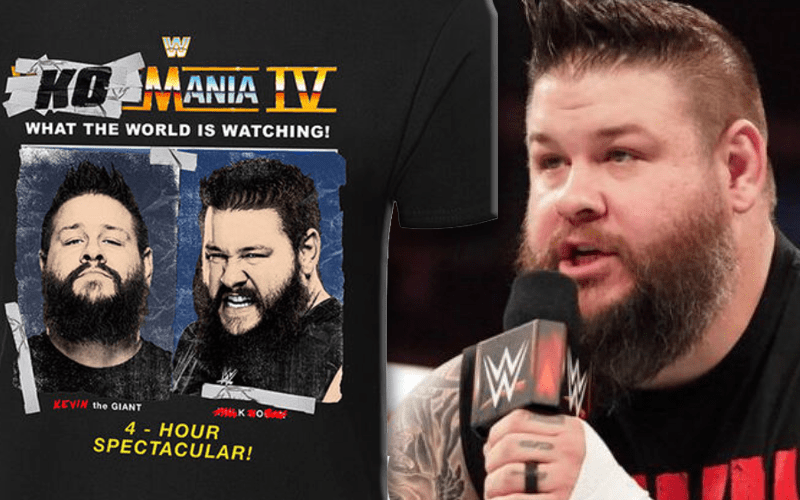 Kevin Owens was snubbed at last year’s WrestleMania event. He was able to secure a match at the show of shows this year.

Seth Rollins and Kevin Owens will do battle at WrestleMania 36. This is also KO-Mania IV. The company has released a special KO-Mania t-shirt each time he performed on the grandest stage of them all. The trend will continue this year.

WWE revealed a KO-Mania IV t-shirt during RAW this week. Just like previous KO-Mania t-shirts it is done up as a parody of the original WrestleMania poster from that year.

You can check out Kevin Owens’ new WrestleMania merchandise below. It’s likely to make a lot of fans much less angry than the WrestleMania “I Wasn’t There” t-shirts.