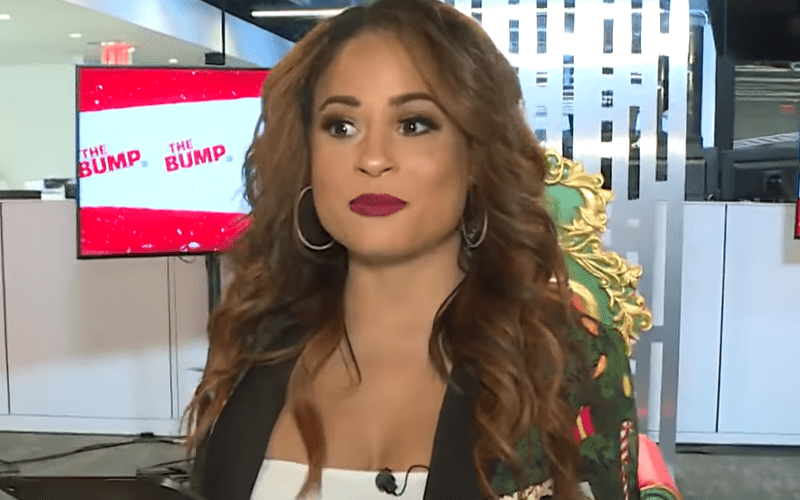 Kayla Braxton is host of WWE The Bump and she appears as a backstage interviewer during Friday Night SmackDown. She gets a lot of airtime on WWE programming, but it almost didn’t happen.

Braxton recently spoke to Swerve City Podcast about how she ended up on WWE television. She said that WWE “randomly” reached out to her, but she turned them down. She didn’t know what WWE was even about.

Braxton also revealed that she had never watched WWE before. She eventually changed her mind, but she had to quickly familiarize herself with the product.

“So that was the first gig out of college and then, I got engaged and I quit my job and moved to Phoenix, Arizona, and that engagement didn’t work out. Around the exact same time, WWE just randomly reached out to me and I was like, ‘No thank you.’ I said ‘no’ to WWE because I was in the entertainment — I wanted to be an entertainment reporter because I’d been doing that, and I had no idea what WWE was about. I had never watched it in my entire life. I didn’t, and then they’re like, ‘Hey, just fly into Orlando for a Full Sail taping and let us just…’ And two days later, I was in love with it. Like this is such a cool world and it combines sports-entertainment obviously, so yeah. It just worked out. Three-and-a-half years later, here I am.”

Kayla Braxton appears all over WWE programming at this point. She was especially busy with recording content this week. It almost didn’t happen after she initially turned the company down.