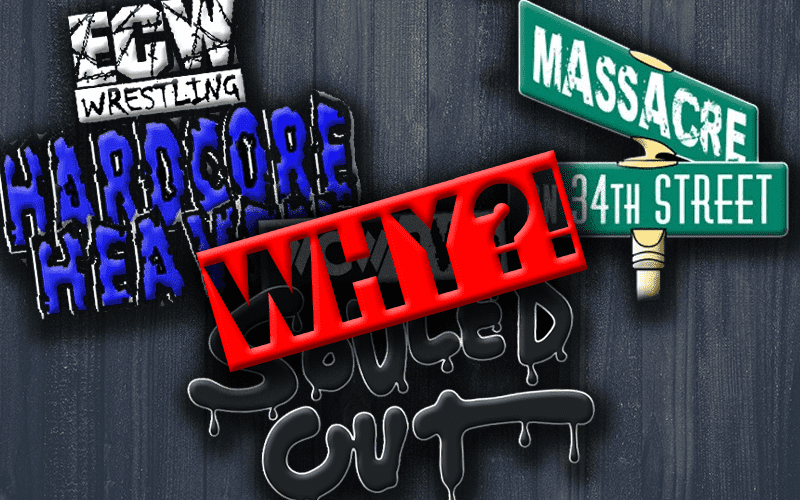 WWE is always on a quest to secure intellectual property. The company realizes how important it is to own everything that appears on their television programs.

The company has taken up the trend of locking down any old WCW or ECW pay-per-view property that they can. AEW was on a mission to lock down some of Dusty Rhodes’ previous ideas. WWE has their own reasons for wanting things.

The Wrestling Observer Newsletter noted that WWE really only wants to lock down those old property names because they don’t want anyone else using them. There doesn’t seem to be any plan for them beyond that.

WWE is attempting to trademark the names of all former ECW and WCW PPVs, largely to make sure AEW or another company doesn’t use them

This might be a bummer for some fans who were holding out hope that WWE might revive some older ECW and WCW names. It turns out that WWE doesn’t have any more plans.