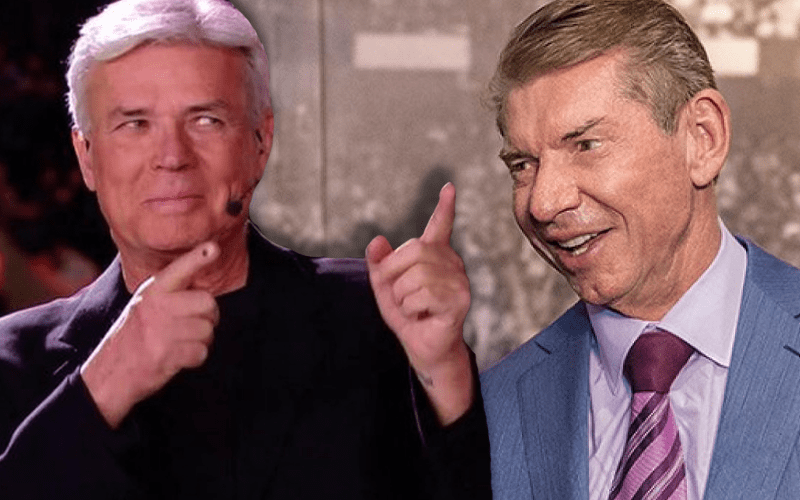 Bret Hart left WWE for WCW after the famous Montreal Screwjob incident. There were a lot of things leading to that fateful day.

While speaking to the Broken Skull Sessions, Bret Hart discussed how close he was with Vince McMahon. There was a point when it was agreed that McMahon would be negotiating Bret Hart’s new contract with Eric Bischoff himself.

“Vince wanted to negotiate my deal with WCW. I remember Vince, I was very close to Vince in like a fatherly way. There was a period there where I talked to my lawyer, I told my lawyer about it and he said ‘that’s not a good idea to do it that way.'”

“I was like, ‘Vince will negotiate with me with Bischoff and work’ — and he goes, ‘Let’s not go near that.'”

It’s probably a good idea that Bret Hart’s attorney suggested that they don’t go close to that idea. Vince McMahon might have been able work out a great deal with WCW for Bret Hart, but it would have also opened the door for a lot of unintended consequences.