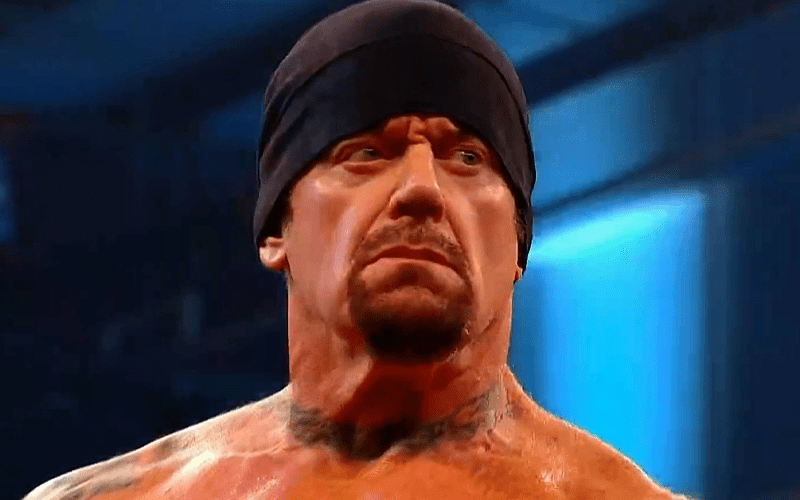 The Undertaker will take on AJ Styles at WrestleMania 36. This rivalry brought out a side of The Undertaker that we haven’t seen in a long time.

The Dead Man showed up on RAW and he wanted to fight. He had new ring attire on that resembled his old American Badass character.

The Oh, You Didn’t Know Patreon noted that The Undertaker was set to come out on a motorcycle at WrestleMania. It’s not clear if they will keep that entrance, but it could hint at a return to more of an American Badass persona.

According to a source in WWE, The Undertaker was scheduled to come out on a motorcycle for his WrestleMania entrance. This may also allude to The Undertaker ditching his historical look to be the American Bad Ass or Big Evil character. It’s not clear if that will still happen with WrestleMania no longer taking place at Raymond James Stadium.

Recent reports say that WWE will likely be filming WrestleMania over the next two weeks. They will reportedly get Mania taken care of as they film footage for RAW and SmackDown.

This will be a very interesting WrestleMania. It fits the landscape of what is going on in the world. Let’s just see if it changes The Undertaker’s planned entrance.

Get more news like this as it is posted on the Oh, You Didn’t Know Patreon