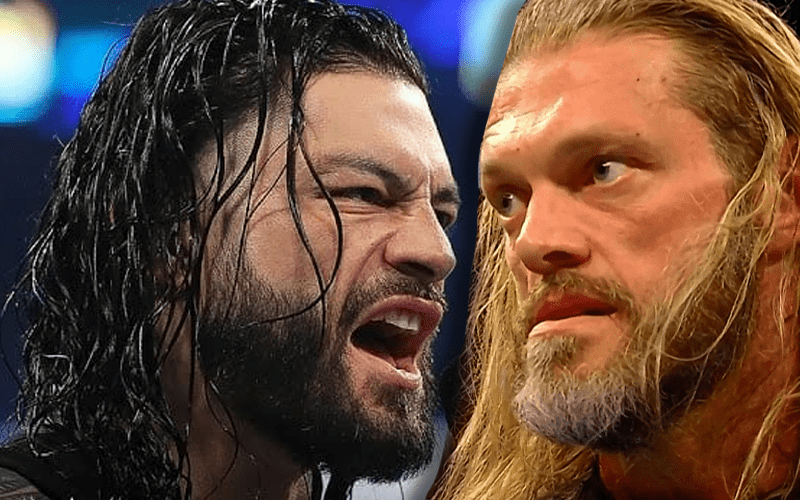 WWE had to split WrestleMania 36 into two nights. This means that there will be two different main events. This might present an interesting booking choice for the company.

Roman Reigns tweeted out that WrestleMania 36 is two nights this year. He laid claim to one main event and wondered who will get the other.

Two nights of @WrestleMania. @WWE’s biggest event just got BIGGER. One of those nights belongs to the #BigDog… Who will claim the other?

Edge saw this social media post from The Big Dog and he replied while calling him “Big Pup.” He said if Randy Orton “has the nads” to accept his Last Man Standing match then they’ve already marked their territory on who the real main event is.

Aw that’s cute Big Pup. But whether you realize it or not, if @RandyOrton has the nads to accept my challenge for #WrestleMania we’ve already marked our territory on what the real main event is. After 9 years the wolf is back in the yard. #LastManStanding #MainMainEvent

WresteMania 36 will be a very interesting event. There are still those in WWE who hope the event is postponed. We’ll have to see what’s next, but this was certainly a road to WrestleMania we never expected.