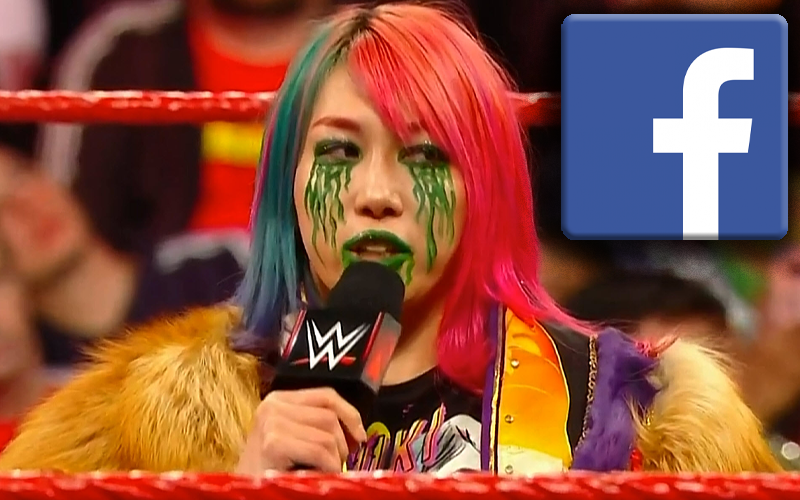 Asuka is active on social media. She is quick to jump on Twitter and interact with fans. She also has her own YouTube Channel. Apparently Facebook is a different story.

1/2 of the WWE Women’s Tag Team Champions tweeted out that she’s been suspended from Facebook. She has no idea what happened either, but now she’s a bit upset about this vague policy violation.

Facebook does have a lot of power over people. They can throw a violation when they please and they are also super careful about copyrights. If anyone makes the smallest claim, there are generally no questions asked and that user is dealing with a strike on their account.

We’re not certain what the problem is. Hopefully, Asuka can figure things out.