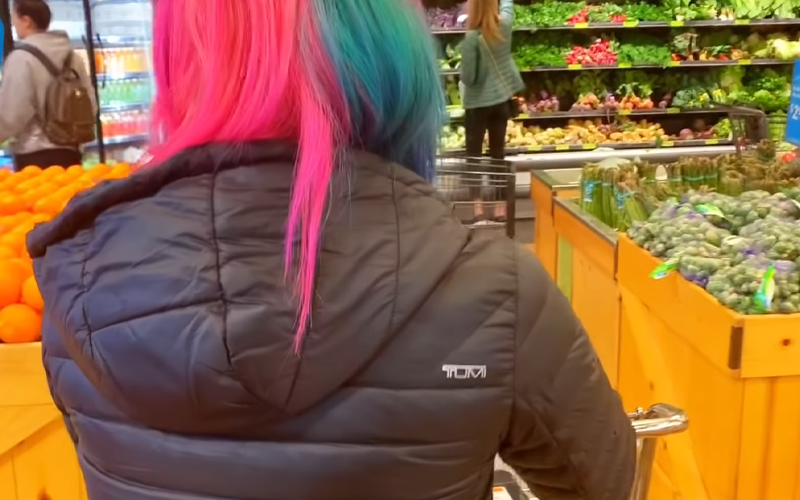 Everyone is aware that the coronavirus has screwed up life on the entire planet. The awful virus is now in the USA which means self isolation is the key.

Asuka recently uploaded a new video on her Kana Chan YouTube channel. She went shopping at Whole Foods to prepare for what is to come. The description to her video says:

There is a live broadcast of WWE RAW every Monday. After RAW, go straight to the hotel. I usually rest until flight time the next day. I return my rental car to the airport before checking in to the plane. It will be a 2-3 day holiday until the next departure. This video shows the usual grocery shopping. The price is 1.5 to 2 times higher than in Japanese supermarkets.

It’s unclear when this video was filmed because it sounds like she had plans to hit the road with WWE after this trip to the grocery store. Since she sat down and ate in the store it’s likely that social distancing and not eating in public wasn’t established yet.

The Empress Of Tomorrow resides close enough to the WWE Performance Center that she can make the zero crowd tapings with little issue. She was featured on both Raw and SmackDown from the PC.

You can check out the video below. Asuka has a very unique editing style that matches her personality. If you were unaware that Asuka has a YouTube channel then this might be a fun way to spend some hours self quarantining because she’s been at it for a while.